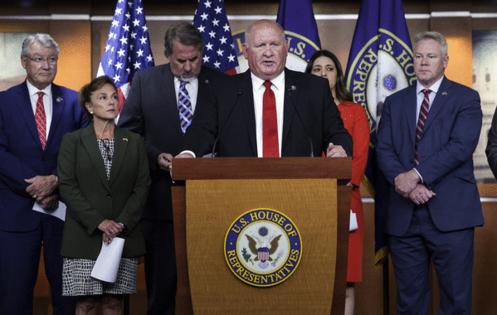 WASHINGTON — In the four years since Congress enacted the current farm bill, more than 40 percent of the seats in the House have turned over.

Nearly 200 of the 435 members may know little about the multiyear, far-ranging and sometimes contentious legislation, posing a challenge to House Agriculture Chairman Glenn Thompson as he writes a 2023 farm bill. Thompson, R-Pa., faces a tight timetable because his panel is slated, under an arrangement with the Senate Agriculture Committee, to take the lead on moving legislation before the current farm bill expires Sept. 30.

Interest groups with a stake in the bill talk openly about the many newcomers as they seek to get their messages to lawmakers, even on the House Agriculture Committee. Only nine of the panel’s 27 Republican members, including Thompson, were in the 115th Congress, which produced the 2018 farm bill. House Democrats haven’t yet named their committee roster.

Thompson told the Mayors Alliance to End Childhood Hunger that many House members “have never deliberated or voted on a farm bill. I would argue that we are going to have a significant number of the Agriculture Committee that have never been involved.”

Republicans may have been eyeing that inexperience when the Steering Committee backed Rep. Frank D. Lucas of Oklahoma to return to the panel that he led from 2011 to 2015, and where he helped write the farm bill enacted in early 2014. He was still a committee member for the 2018 bill.

But interest groups note a second challenge this year: Lawmakers will be trying to reauthorize agriculture programs in the first year of the new Congress, in contrast to 2018, when even freshmen had a year of legislative work under their belts before serious work began on the farm bill.

Thompson told the mayors Wednesday that member education is important and that the mayors could provide that by “being at the table to provide information to help in what I see as an evaluation and assessment period. You know the people in your community.”

“It is important that you provide members of both sides of the aisle the facts, what works and what doesn’t,” McGovern told the mayors.

Interest groups are readying meetings in Washington and staff briefings on the Hill to help bridge knowledge gaps.