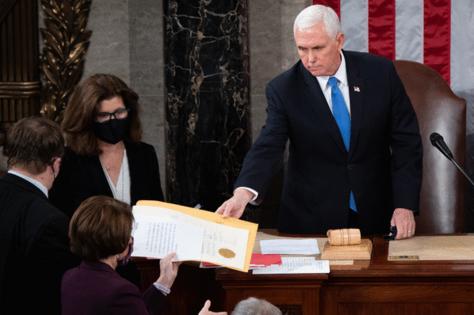 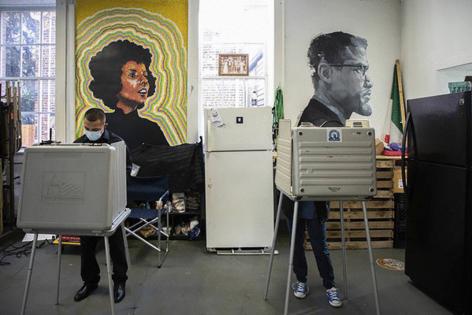 Fortunately, a refreshingly bipartisan coalition has been rising to update the Electoral Count Act of 1887, which governs how states certify their presidential elections and appoint electors to choose the president.

Nine Republicans joined Democrats to pass a House version of the bill in September and Senate Minority Leader Mitch McConnell backs the Senate version, as do many of his Republican colleagues.

The need should be obvious. As every grade student learns — or is supposed to learn, at least — voters in a presidential election actually vote for a slate of electors who have vowed to cast their ballots for that ticket in the Electoral College.

The chaos that followed the 2020 election demonstrated how the 1887 law is outdated, vague and sufficiently confusing to fuel false claims that the vice president or Congress could simply reject the will of the voters — or that state legislatures could override the popular vote by appointing their own electors after Election Day.

Last year lawyers and supporters of former President Donald Trump tried to use the 1887 law’s ambiguities to challenge the results of the 2020 election. The loopholes they tried to exploit included persuading Vice President Mike Pence to throw out votes of electors and recruiting slates of “fake electors” from states where Joe Biden had been declared the winner and the electoral slate had been certified in his favor.

The hazards won’t go away by themselves. Even now, a small number of holdout counties in Arizona and Pennsylvania are refusing to certify the results of the midterm election, opening them up to lawsuits and court orders forcing them to sign off on the vote count.

Although such misbegotten efforts to block certification are unlikely to prevent any election winners from taking office, they do show how small groups of people in the country’s decentralized election system can try to tie up the process.

They also show how the persistence of former President Trump’s unfounded conspiracy theories of widespread election fraud still have a tight grip on many of his allies and supporters.

Hastily written and passed in the politically turbulent Reconstruction Era, the 1877 law has long been criticized as vague, confusing, poorly written and ambiguous in ways that potentially endanger the democracy it was intended to protect.