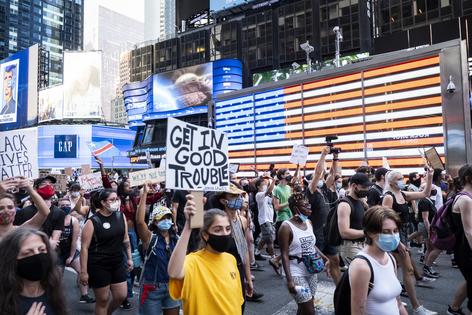 Before the deaths of George Floyd, Breonna Taylor, Philando Castile and Sandra Bland were propelled into the media spotlight, their names were Twitter #hashtags.

In 2020, Twitter was essential to the spread of historic Black Lives Matter protests against police brutality across the world.

But Elon Musk’s takeover of Twitter has thrown the future of Black Twitter into question. Social media users argue that the takeover has already had an impact on the Black social media community.

For instance, not only do multiple sources report an almost immediate spike in the use of the N-word, but Musk has also allegedly mocked Black Lives Matter in general and the group’s apparel found at Twitter’s headquarters in San Francisco, California.

The impact of Musk’s takeover is so abundantly clear that Black Twitter held its own satire-infused funeral.

User tweets clearly take a humorous approach, a well-documented coping technique for the Black community. But as a Black professor who studies communication and police brutality, I am petrified when I envision the implications of Black Twitter’s demise.

A world without Black Twitter is a world void of robust, rapid and authentic information sharing on police brutality within the Black community. As a result, it is my belief that the community will be systemically silenced and exposed to increased levels of police-related violence.

Black Twitter refers to the digital community within Twitter that embraces and celebrates Blackness all while circulating topics, stories and images that directly relate to and affect the Black community. Black Twitter is not defined by geography or membership.

Instead, it refers to a culture and community co-created by Black Twitter members. Black Twitter is used to offer cultural critiques, and to discuss significant historical moments.

Pew Research has found African Americans who use Twitter are twice as likely (68%) to discuss issues of race online compared with their white counterparts (31%). In addition, 85% of those Black users believe social media to be an important tool in creating sustained social movements.