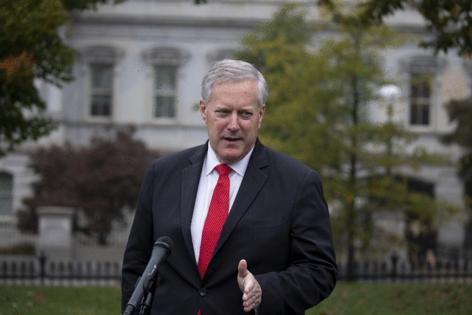 In a short order, the five-member court unanimously said it had reviewed Meadows’ arguments and “find them to be manifestly without merit.”

Meadows had been slated to testify before the grand jury in Fulton County on Wednesday, but his appearance was expected to be rescheduled.

A spokesman for the Fulton County district attorney’s office, which is advising the grand jury, declined to comment. Meadows’ attorney did not immediately respond to a request for comment.

Meadows’ challenge took place in South Carolina since that is where the former congressman currently resides. Since he does not live in Georgia, the Fulton DA’s office needed a local judge to sign off on the summons, technically known as a certificate of material witness, for it to be enforceable.

Meadows is at the center of several events of interest to the grand jury, including the infamous Jan. 2, 2021, phone call he helped facilitate between then-President Trump and Georgia Secretary of State Brad Raffensperger.

Prosecutors said they would also like to question Meadows about his surprise visit to a Cobb County audit of absentee ballot signatures in December 2020.

Also of interest is a Dec. 21, 2020, White House meeting Meadows attended with Trump and members of Congress, during which the certification of Electoral College votes from Georgia and elsewhere was reportedly discussed. Meadows also sent emails to top Justice Department officials in late 2020 making allegations of voter fraud in Georgia, according to prosecutors.

Meadows’ attorneys echoed an argument made by several other witnesses: that the grand jury, since it can’t issue indictments, is civil and not criminal in nature and thus can’t compel witnesses to travel to Atlanta under interstate compacts for out-of-state subpoenas.