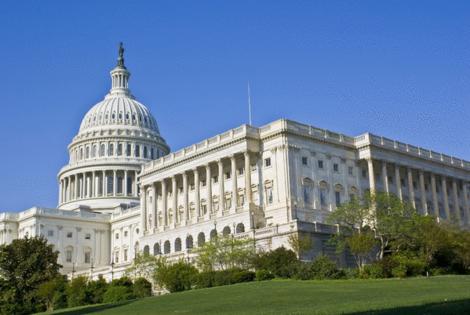 Just as it’s a good idea to child-proof a home before having toddlers over for a birthday party, congressional Democrats should be doing what they can during the current lame-duck session to prepare for the incoming Republican House majority — a crowd that has literally announced its intention to threaten America’s fiscal stability, block election reforms and abandon Ukraine. The current Democratic majority, working with whatever responsible Republicans they can get on board, can extremist-proof Congress in some important ways between now and January.

Anyone who might be offended by the comparison between unruly toddlers and a GOP House majority should consider the words of Rep. Jason Smith, R-Mo., who is in line for a major budget post under the incoming GOP House majority: “The American people expect Congress to use every tool at its disposal” to press the Biden administration on issues like taxes, energy policy and the border, Smith said recently, “and the debt ceiling absolutely is one of those tools.”

Translation: Holding America’s full faith and credit hostage to an array of partisan issues — as Republicans did a decade ago, kneecapping the government’s credit rating for the first time ever — is something Smith and his cohorts are vowing to do again.

No insult intended to toddlers.

Refusing to raise the debt ceiling when necessary isn’t akin to reining in spending. The spending has already happened; this is akin to refusing to pay the bills when they come due, jeopardizing economic stability domestically and globally. Congress should, right now, raise the debt ceiling enough to ensure it won’t be an issue again for at least two years, depriving Smith and his colleagues of this particular mischief.

If this kind of recklessness from the fiscal responsibility party is weird, the once-security-minded GOP’s soft spot for Russia these days is even weirder. Democrats should ensure, now, that Ukraine has all the aid it needs to resist Russia’s aggression, since many Republicans are threatening that aid — apparently having forgotten that America is supposed to stand up against tyranny and for democracy.

Speaking of which: Finalizing reforms to the Electoral Count Act is crucial. That’s the 19th-century law that was written vaguely enough that former President Donald Trump and his supporters (including Missouri Sen. Josh Hawley) were able to exploit it and spark the Jan. 6, 2021, attack on the Capitol. The reforms, which have bipartisan support, would specify that, no, the vice president can’t choose the next president, while setting higher bars for objecting to state election slates.

Though Republicans will control the House in January, the Nov. 8 elections cannot by any stretch be read as a mandate. Democrats who still control Congress now have not just a right but a duty to ensure that the worst instincts of the incoming majority are reined in before they’re seated. Let’s cover those plug sockets.