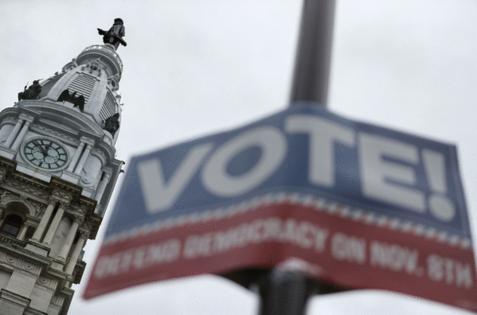 Turnout in midterm elections always drops from presidential races. But Philly’s overall turnout dropped the most of any county in the state. It’s the third consecutive election in which Philly’s share of the state’s vote declined.

A Philadelphia Inquirer analysis of the almost-final 2022 results and those from past elections raises questions about the city’s future role in statewide races and both parties’ ability to connect with Black and Latino neighborhoods, where a lot of voters stayed home:

— It’s not just a 2020 comparison: This year saw a stark divergence between Philly turnout and the rest of the state compared to every federal election since at least 2000.

— Allegheny County, home to Pittsburgh, has about 133,000 fewer voters than Philly — but cast about 67,000 more ballots this election.

— Overall turnout dropped most sharply in Latino parts of the city and, to a lesser extent, in Black neighborhoods.

The falloff in Latino and Black neighborhoods reflects a statewide trend, with depressed turnout in communities of color across a number of urban areas. But because of Philadelphia’s sheer size — and how overwhelmingly Democratic it is — even small dips can mean thousands or tens of thousands of lost votes. If Philadelphia’s turnout drop had matched the state’s, about 84,000 more voters would have cast ballots.

That could be foreboding for Pennsylvania Democrats, who celebrated victories up and down the ballot in spite of it. John Fetterman outperformed Joe Biden in most parts of the state, including in Philadelphia, where he essentially got a bigger piece of a much smaller pie. But if that pie keeps shrinking, it’s bad news for Democrats, said J.J. Balaban, a Philadelphia-based Democratic strategist who has helped run statewide campaigns.