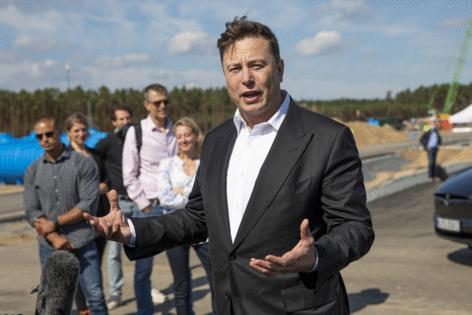 It says a lot about the times in which we live when a decision reached by democratic process elicits outrage.

Elon Musk, the controversial billionaire behind Tesla, SpaceX and now Twitter, reinstated Donald Trump’s account on Twitter Saturday, reversing a ban that has kept the former president off the social media site since a pro-Trump mob attacked the U.S. Capitol on Jan. 6, 2021, as The Associated Press reported.

Musk held a poll that asked Twitter users to click “yes” or “no” on whether Trump’s account should be restored. The “yes” vote won, with 51.8%. Previously, Musk had said Twitter would establish new procedures and a “content moderation council” before making decisions to restore suspended accounts.

“The people have spoken. Trump will be reinstated. Vox Populi, Vox Dei,” Musk tweeted, using a Latin phrase meaning “the voice of the people, the voice of God.”

But in our progressive national landscape, vox populi is nebulous. Political and cultural leaders are happy to tell the populi what they should accept or not, their vox be damned. And the less said about dei the better.

That’s how cancel culture works. An opinion or position is aired with which the cognoscenti doesn’t agree, and a media mob busts out the flaming torches of dismissal.

Free speech? That protection is selective.

“After close review of recent Tweets from the @realDonaldTrump account and the context around them — specifically how they are being received and interpreted on and off Twitter — we have permanently suspended the account due to the risk of further incitement of violence,” Twitter said in a 2021 statement.

Yet clips of Rep. Maxine Waters telling Black Lives Matter protesters awaiting the George Floyd verdict in Brooklyn Center, Minnesota, last year: “We’re looking for a guilty verdict. And we’re looking to see if all of the talk that took place and has been taking place after they saw what happened to George Floyd, if nothing does not happen, then we know that we’ve got to not only stay in the street, but we’ve got to fight for justice,” are still circulating on Twitter.

Some speech is freer than others, apparently.

The left is livid, of course, by Musk’s move. The Atlantic called it “terrifically stupid,” while Rep. Adam Schiff said that Musk made a “terrible mistake” by reinstating Trump. Rep. Alexandra Ocasio-Cortez took to Twitter with her response: “Idk man, last time he was here this platform was used to incite an insurrection, multiple people died, the Vice President of the United States was nearly assassinated, and hundreds were injured but I guess that’s not enough for you to answer the question. Twitter poll it is.”

It’s no secret that the left despises Trump. But the idea that some Twitter users get a free speech pass while others are banned is antithetical to democracy. If you’re going to ban controversial speech, ban it all.

Musk’s move riles the left not just for offering Trump a spot of the platform once again. It sent a signal to progressive leaders that they have to share the megaphone.

When Vladimir Putin unleashed Russia’s military might on Ukraine in February, House Republican Leader Kevin McCarthy was incensed. Just like the rest of America.

LOS ANGELES — A Los Angeles County deputy district attorney has been placed on administrative leave for his role in the questionable prosecution of a Michigan software executive that may have been sparked by conspiracy ...Read More

Rep. Donald McEachin, a Richmond Democrat who represented Virginia’s 4th Congressional District, died Monday of the secondary effects of colorectal cancer, according to a statement released by his office. He was 61.