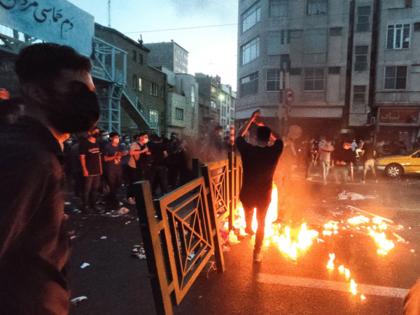 With dozens of protesters now killed in Iran as unrest sparked by the killing of 22-year-old Mahsa Amini at the hands of the country’s morality police engulfs the country, U.S. leadership finds itself in the familiar yet uncomfortable conundrum of how to respond. So far, the Biden administration is threading the needle ably.

Over a decade ago, when President Barack Obama found himself watching mass protests from afar, his tendency towards dispassionate calculation left him taking a tepid stance, likely out of fear that a stronger stance would open the door for the Iranian leadership to paint the homegrown protests as something driven by external U.S. meddling.

That was a mistake; the Iranian leadership needs no additional encouragement to lay its problems at the feet of the perennial bogeymen in Washington, and instead it could only have demoralized everyday Iranians hoping for broad international backing.

Obama’s then-second-in-command, now President Joe Biden, seems to have learned this lesson well and has thankfully been much more direct in both calling out the heavy-handed Iranian response and taking concrete action, including by imposing sanctions on the morality police specifically and moving to give tech companies more latitude to help circumvent the mullahs’ attempted internet blackout.

That’s not to say that Biden should heed the hawks who’ve spent decades clamoring for the U.S. to attempt direct regime change, a terrible idea that the results of other recent military misadventures should take off the table. He should also remember that, while Donald Trump’s more forceful sanctions against Iran arguably feed the current domestic discontent, unfocused economic punishment can end up harming the very populations that we are intending to help. Biden is understandably still pursuing a nuclear deal — though he must tread especially carefully now.

The current approach, of forcefully backing the protesters in the public sphere while continuing to negotiate for a tough deal that will prevent Iran from continuing on a path towards the ill-conceived goal of nuclear weapons, is sound. It’s likeliest to result in a liberalized Iran without an immense body count.