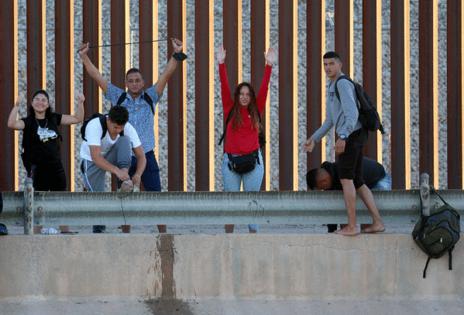 WASHINGTON — The Biden administration is poised to launch a private refugee sponsorship program in the coming months, an effort that could accelerate lagging refugee admissions in the United States.

The program will enlist private organizations and groups of everyday Americans to sponsor and resettle refugees, resembling similar efforts undertaken in the past year to resettle Afghans and Ukrainians, the State Department told Congress earlier this month.

“The private sponsorship pilot program will incorporate lessons learned from these initiatives to grow opportunities for Americans to participate directly in welcoming refugees and facilitating their successful integration,” the department said in its annual report on refugee admissions.

An official launch is expected before the end of the calendar year. The program will aim to shore up a beleaguered refugee resettlement system that has yet to recover fully from the COVID-19 pandemic and Trump administration policy moves.

Sarah Krause, executive director of the Community Sponsorship Hub, which was established last year to pair private sponsors with Afghan evacuees, said it will expand opportunities for refugees themselves as well as broaden “our capacity to identify individuals that are in need of protection.”

“What we have seen is that the American public wants to respond,” Krause said. “They just need those opportunities, and we can give those to them.”

However, tens of thousands of Afghans and Ukrainians brought to the U.S. through emergency programs are not counted in those totals.

President Joe Biden, shortly after taking office, issued an executive order on refugee admissions that encouraged the United States to innovate by “capitalizing on community and private sponsorship of refugees.” In May of this year, the administration called for partnership proposals for a private refugee sponsorship pilot program.