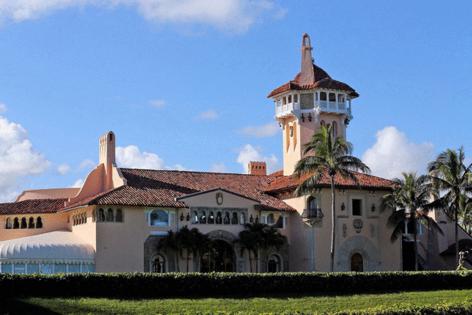 WASHINGTON — The special master picked to review more than 11,000 records removed by the FBI from former President Donald Trump’s Mar-a-Lago estate last month has set out his plan of action, with a tight schedule and the intention of wrapping up the record review in late October.

On Wednesday, a three-judge panel of the U.S. Court of Appeals for the 11th Circuit stayed a lower court decision to have special master Raymond Dearie evaluate about 100 classified records, which prevented the Justice Department from using the records as part of their criminal investigation while the review took place.

With that resolved, Dearie, the former chief judge of the federal court in Brooklyn, has set a breakneck schedule to review and segregate any documents taken by the FBI during the court-approved Aug. 8 search of Trump’s Palm Beach, Florida, home that may be covered by claims of attorney-client privilege or executive privilege, and to determine whether any of the materials should be returned to Trump. Once the review is complete, Dearie will produce a report of his recommendations to U.S. District Judge Aileen Cannon.

Dearie’s filing said he has enlisted the help of former U.S. Magistrate Judge for the Eastern District of New York James Orenstein, at a proposed hourly rate of $500. Cannon has already ruled that Trump is responsible for the costs of the special master’s review.

Dearie said he will not seek compensation because he is still on the bench, but will be tasking staff from the Eastern District to aid in weeding through the documents. The next status conference is scheduled for Oct. 6 by telephone.

The Justice Department must produce by Monday an affidavit attesting to the accuracy of the inventory the department has released detailing items removed from Mar-a-Lago.

Trump has until Sept. 30 to file an affidavit objecting to the inventory, including listing any items that were taken that don’t appear on the list, or items that the list says were removed that he disputes were on his property. Trump and his allies have repeatedly alleged that the FBI planted evidence during its search, though his lawyers have not made that case in court.

“This submission shall be Plaintiff’s final opportunity to raise any factual dispute as to the completeness and accuracy of the Detailed Property Inventory,” Dearie stated.

Dearie also instructed the government and Trump’s legal team to agree by Friday on a third-party vendor to digitize the records and stipulated that vendor will have three days to make the records available electronically so the review can begin.

For any document that Trump designates as privileged or personal, he must include a brief statement explaining the basis for the designation.

Dearie instructed Trump’s team to provide periodic updates on Trump’s assertions and to make a final determination about what the former president wants to claim with regard to all 11,000 records by Oct. 14.

Dearie said that once the circuit court has reviewed his work, he will consider any motion Trump files for the return of property. The filing also instructs Trump to address in that potential motion whether Cannon or the D.C. Circuit judge who issued the search warrant is the proper place to resolve such a claim.