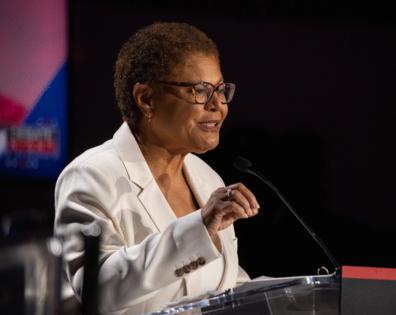 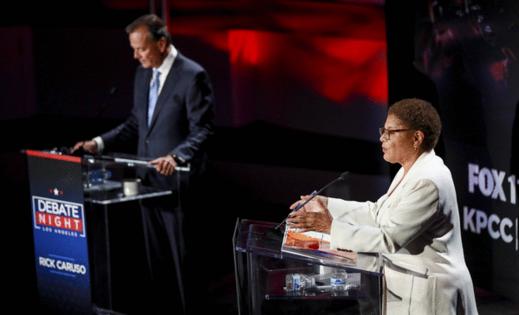 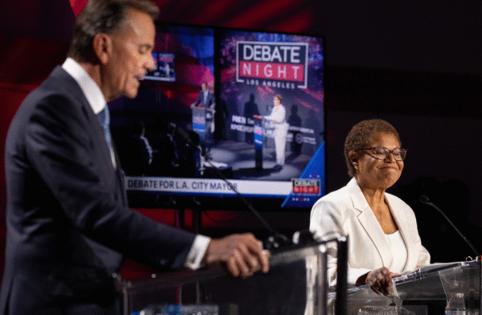 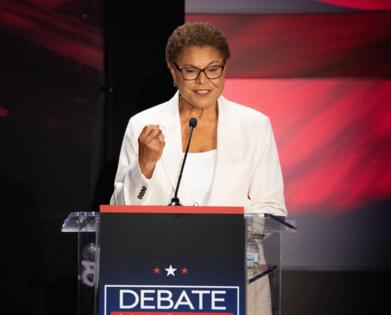 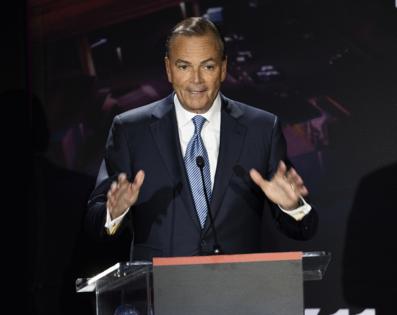 Caruso and Bass laid out their plans on homelessness while castigating their opponent for not doing enough or thinking ambitiously enough to address the crisis.

Their respective ties to the University of Southern California and a recent burglary at Bass’ home produced some of the debate’s most contentious moments, with Bass saying Caruso had allowed sexual abuse to run rampant on campus. In turn, Caruso criticized Bass for taking a nearly $100,000 scholarship from the dean of the university’s School of Social Work, who this week pleaded guilty in a federal bribery case.

There was also lots of talk of housing affordability and even street vending.

The debate concluded with several quick-fire questions, including: In one word, what is the state of Los Angeles?

Bass and Caruso both responded by saying, “Crisis.”

After that sober moment, things lightened up for the mayoral rivals.

Asked by Fox 11 anchor Elex Michaelson if the Los Angeles Dodgers would win the World Series, both agreed that they would.

Asked their favorite spot to take visitors in L.A., Bass replied, “the beach.” Caruso said, “the beach, with Karen.”

In the three months since the Supreme...Read More

The U.S. Justice Department can use about 100 documents with classified markings seized from former President Donald Trump’s Mar-a-Lago home in an ongoing criminal investigation and national security review, a federal ...Read More

WASHINGTON — The House quickly took up and passed its response to a Senate proposal on how to overhaul a 135-year-old law governing the counting of presidential electoral votes, sending the hot-button issue back to the ...Read More