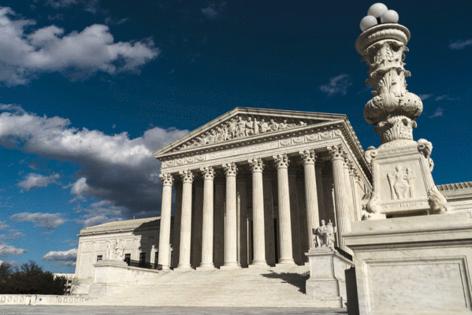 In August, Justice Sonia Sotomayor, a member of the top court’s liberal minority, dismissed a request from the detective, Anthony Marciano, to hear his challenge against the mandate, which requires all city workers to be vaccinated against COVID-19.

But Marciano’s lawyer, Patricia Finn, said in a Wednesday tweet that she recently resubmitted the request directly to conservative Justice Clarence Thomas in a deliberate effort to circumvent Sotomayor’s dismissal.

Finn’s tactic worked, as the Supreme Court’s press office confirmed that it will review Marciano’s challenge at an Oct. 7 hearing.

The Supreme Court development comes one day after Mayor Eric Adams announced his administration is scrapping the city’s private sector vaccine mandate — but keeping the municipal one in place.

Asked at a Tuesday news conference how he could legally justify lifting one mandate and not the other, Adams did not offer a clear-cut answer.

“We do things. We roll things out slowly. Right now, that is not on the radar for us,” he said.

Fabien Levy, Adams’ spokesman, said the administration is confident the Supreme Court will side with the decision to maintain the municipal mandate, which was first implemented by former Mayor Bill de Blasio last November.

“The Supreme Court has rejected numerous attempts to have it take up lawsuits on the vaccine mandate, and a number of other courts have upheld the mandate, recognizing that it saves lives and is a condition of employment,” Levy said.

An overwhelming majority of the municipal government’s more than 330,000 workers have abided by the mandate and gotten their COVID-19 shots. But a small minority that includes cops, teachers and firefighters have refused, resulting in some of them getting fired.

As of Aug. 30, 1,761 city workers had gotten terminated for not getting vaccinated against the virus that has killed more than 40,000 New Yorkers, according to data from the mayor’s office.