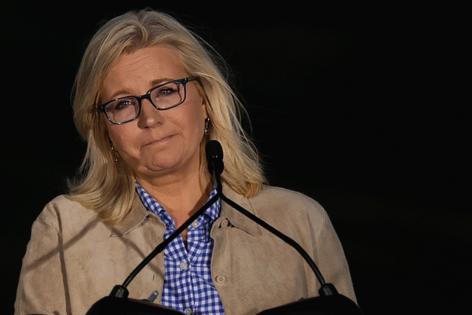 Biden reached out to Cheney, who earned the ire of the former president when she voted to impeach him over his role in the Jan. 6, 2021, insurrection and her subsequent work on the congressional committee investigating the matter, according to a person familiar with the conversation.

The White House declined to comment. A Cheney spokesman did not immediately respond to requests to comment on the call.

Following her 37-point loss Tuesday night to Trump-backed conservative lawyer Harriet Hageman, Cheney said she would do “whatever it takes” to block the former president’s path back to the White House.

“I believe that Donald Trump continues to pose a very grave threat — a risk to our republic — and I think defeating him is going to require a broad and united front of Republicans, Democrats and independents and that’s what I intend to be a part of,” Cheney told NBC News.

The 56-year-old is serving her third term in Wyoming’s sole U.S. House seat, and is the daughter of former Vice President Dick Cheney. She has said that she is considering launching a presidential campaign in the coming months to challenge Trump’s expected candidacy.

Only two of the 10 House Republicans who voted to impeach Trump after the attack on the Capitol will stand for reelection. Four, including Cheney, have been defeated in Republican primaries, while another four have announced their retirement.