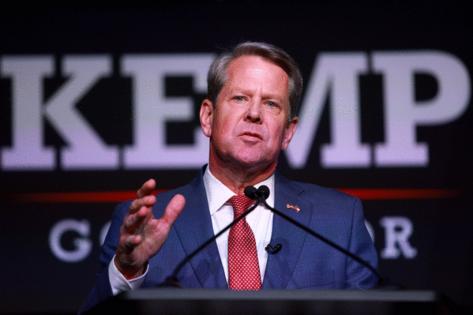 The 121-page motion, filed in Fulton County Superior Court, details a communication breakdown between the governor’s staff and prosecutors at the Fulton district attorney’s office, which is advising the jury.

Brian F. McEvoy, Kemp’s lawyer, acknowledged for the first time that a sworn video statement that the governor was scheduled to record late last month was canceled. He accused the DA’s office of gamesmanship with the grand jury process and deception as it served the governor with a subsequent subpoena for his testimony.

“Unfortunately, what began as an investigation into election interference has itself devolved into its own mechanism of election interference,” wrote McEvoy, a former federal prosecutor. “This is particularly egregious when directed toward the State’s highest executive, who is not accused of any wrongdoing and is occupied with the business of governing.”

The motion also cites sovereign immunity, attorney-client and executive privilege as reasons why Judge Robert McBurney should quash the subpoena. Kemp is currently scheduled to testify before the grand jury on Thursday, fewer than 90 days before his Nov. 8 rematch against Democrat Stacey Abrams.

Short of overriding the subpoena, the motion requests that Kemp’s testimony be delayed until late 2022 or early 2023, and that the court establish parameters for questioning.

“For more than a year, the Governor’s team has continually expressed his desire to provide a full accounting of his very limited role in the issues being looked at by the special grand jury,” a spokesperson for the governor’s office said in a written statement. “We are now just weeks away from the 2022 general election making it increasingly difficult to dedicate the time necessary to prepare and then appear.”

The DA’s office did not have an immediate comment on the filing.

The motion threatens to further politicize an investigation that has become increasingly more combative in recent weeks.

The document details nearly 16 months of back-and-forth between prosecutors and Kemp’s staff beginning in April 2021, as they sought to make arrangements for the governor’s testimony.