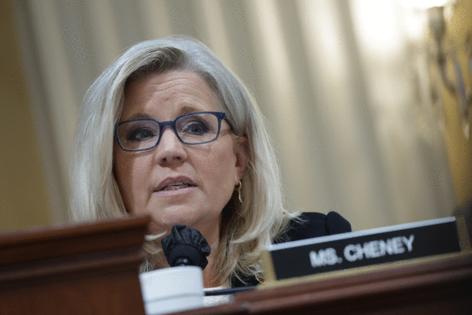 WASHINGTON — Rep. Liz Cheney, the vice chair of the House committee investigating the Jan. 6, 2021, attack on the U.S. Capitol and a leading figure in the Republican effort to hold former President Donald Trump accountable, was defeated in the GOP primary for the Wyoming congressional district she’s represented since 2017.

The three-term congresswoman lost to Harriet Hageman, a lawyer who has worked to block federal regulations in Wyoming and who was endorsed by Trump.

The race was a top priority for the former president and his allies, many of whom worked on, donated to or endorsed Hageman’s campaign. In May, Trump held a rally in Casper, the second-largest city in the state.

Her loss is another reminder for Republicans of the risk of going against the former president. Cheney, the daughter of former Vice President Dick Cheney, wasn’t able to overcome the wrath of the Trump wing, even with nationwide name recognition and a massive fundraising advantage. Cheney raised more than $15 million, compared to Hageman’s $4 million, in what has been one of the most expensive primaries in the country.

A staunch conservative laser focused on national security issues, Cheney was first elected to Congress in 2016. Her father held the seat in the 1980s.

Cheney began her congressional career as one of Trump’s fiercest defenders — and one of the Democrats’ sharpest critics — in the House. She backed Trump in the 2016 presidential election after the Washington Post released a clip from “Access Hollywood” in which Trump boasted about grabbing women by their genitals. She called the effort to impeach Trump in February 2020 a “sham” and voted with him more than 90% of the time while he was in office.

By the end of her first term in office she was elected GOP conference chair, the No. 3 position in party leadership, fueling speculation that she could one day be the first female Republican speaker of the House.

Then the Capitol was attacked. Cheney was one of 10 House Republicans who voted with Democrats on Jan. 13, 2021, to impeach Trump for inciting the mob. She was soon censured by the Wyoming Republican Party, which later voted to stop recognizing her as a member. By May 2021, House Republicans voted her out of leadership, replacing her with Rep. Elise Stefanik of New York, a self-described MAGA Republican.

In July 2021, Cheney was chosen by House Speaker Nancy Pelosi, D-Calif., to be a member of the House Jan. 6 committee, and later was promoted to vice chair of the panel. House Minority Leader Kevin McCarthy, R-Calif., declined to allow his Republican picks to join the committee after Pelosi said two of his selections who had voted to block the certification of some of the 2020 election results — Republican Reps. Jim Jordan of Ohio and Jim Banks of Indiana — could not join.

Despite the lack of support for the committee within her party, Cheney has taken on a leading role in the hearings, frequently criticizing Trump and the members of her party who refused to condemn him for his actions surrounding the Capitol insurrection.