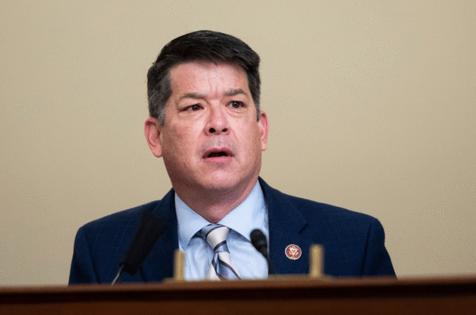 Cox, who surrendered Tuesday morning to FBI agents, addressed U.S. Magistrate Judge Sheila Oberto by teleconference from the Fresno County Jail, where he was detained following his arrest. The former Democratic congressman from California was represented on the Zoom videoconference by Fresno attorney Mark Coleman.

Oberto approved a conditional release from jail for Cox. Coleman said his release was expected later Tuesday afternoon. “It’s just a matter of the (U.S.) Marshal Service transporting the documents to the mail for Mr. Cox to sign,” Coleman told The Fresno Bee.

The charges revolve around the financial dealings of Cox from both before his election in late 2018 to represent the 21st Congressional District and during his two-year term in Congress in 2019 and 2020.

The indictment includes allegations related to Cox’s actions as head of a Fresno company that served as a conduit for New Market Tax Credit assistance to spur development investment in financially distressed areas; as a partner in a sports nonprofit that leased the troubled Granite Park recreation complex in central Fresno from the city of Fresno; as a partner in an almond processing company; and as a candidate for Congress in the run-up to the 2018 election.