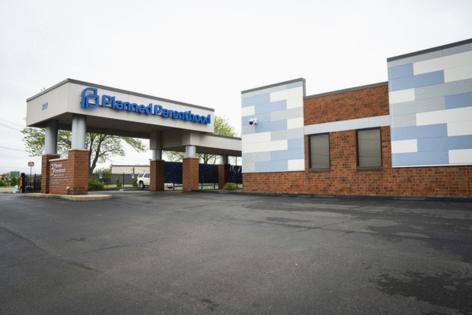 It has come to this: Missouri Democrats recently reached out to Illinois and Kansas officials, asking them to secure Medicaid funding for low-income Missouri rape victims who have to travel out of state for abortion services due to Missouri’s extreme new abortion ban. It’s a chilling reminder that Missouri has turned its back on some of its most vulnerable citizens, to the point that they have to flee to neighboring states like refugees from some oppressive regime.

Missouri’s ruling Republicans should be ashamed of this situation — but there’s no indication they are. Pro-choice political candidates in Missouri this year should prioritize keeping the issue front and center.

Minutes after the U.S. Supreme Court overturned Roe v. Wade on June 24, Missouri’s GOP leaders activated a law that makes abortion illegal from the moment of conception, even in cases of rape or incest, except in medical emergencies. It means most women or girls in Missouri who seek to terminate a pregnancy — even child-rape victims — will have to travel to a state where abortion is still legal.

For low-income Missouri women, this isn’t always as simple as jumping in the car and taking I-70 east or west. Lack of reliable transportation, inability to get paid time off work and other financial issues mean Missouri’s law not only victimizes women as a whole but victimizes poor women in particular.

President Joe Biden last week signed an executive order designed to address the quandary that red states like Missouri have created in their rush to outlaw abortion rights. It allows states where abortion is legal to provide Medicaid assistance to women from other states to travel there for abortion services. Because federal law prohibits use of federal funds for abortion except in cases of rape or incest, this help is likely to apply only to those victims.

Even at that, Republicans are widely expected to mount a legal challenge to Biden’s order. That would be consistent with the stated goal of some Missouri legislative Republicans of preventing any Missouri women from leaving the state for abortion services — even to the point of proposing bans on what kind of information those women can obtain, and threatening legal action against out-of-state doctors. In their zeal to deny women everywhere the right to control their own bodies, forced-birth extremists are ready to scuttle other core American rights like freedom of speech and interstate travel.

For now, though, it’s still legal for Missouri rape victims who are desperate for abortion services to go out of state to get them. Having to ask neighboring states to help those victims, even as Missouri seeks to victimize them again, is a jolting illustration of just how ill-served Missourians are by their Republican-controlled Legislature. Democrats in this year’s midterms should be reminding voters of that at every turn.