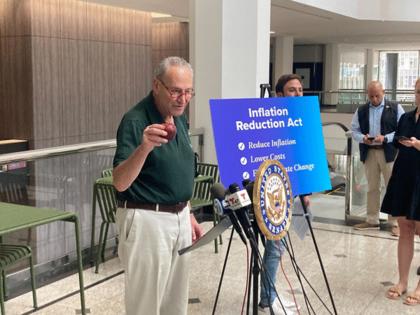 One of the most important features of the Inflation Reduction Act — which makes massive investments in renewable energy to curb climate change, drives down prescription drug costs and more — is what it is not: an irresponsible spending spree pushing up the federal deficit.

To the contrary, Democrats paid for their big goals honestly, by increasing taxes on those who can most afford it, and managed to make a downpayment on helping balance America’s budget to boot. Estimates are that the revenue raisers will cut projected deficits by about $300 billion over the next 10 years. That’s not nearly enough to put the federal government’s books in the black — President Donald Trump’s fiscally irresponsible tax cuts, followed by huge spending increases to get the country out of COVID, made that all but impossible in short order — but progress is progress.

As nonpartisan budget sticklers at the Committee for a Responsible Federal Budget put it, “at a time of high inflation, soaring debt, and a willingness to duck the hard choices, those who persisted in finding a sustainable path forward have helped strengthen our fiscal foundation.” Good going, Chuck Schumer — and, yes, the oft-maligned Joe Manchin.

The irony of it all is that even as the worthy new law drives down deficits, strikes a huge blow against greenhouse gas emissions and helps seniors with the cost of health-care, the thing it hardly does is what’s in its headline, reduce inflation. Nothing in the legislation will reduce the price of gas or food anytime soon. The Congressional Budget Office called the impact on inflation this year and next “negligible,” and the University of Pennsylvania’s Penn Wharton Budget model called the impact on inflation over the next 10 years “statistically indistinguishable from zero.”

Call it a nitpick. Democrats and Democrats alone passed a bill that delivers on some urgent and critical national priorities while making the tax code fairer and whittling away at the national debt. That’s cause for celebration, even if the legislation’s cynically chosen name rings hollow.