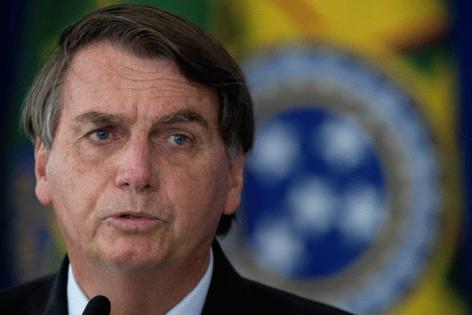 Front-runner Lula said during a Facebook live event on Saturday that he’s the only candidate committed to keeping the aid at that level. The law that increased the Auxilio Brasil social-program cash transfer to 600 reais from 400 reais only locks in the higher amount until year-end, Lula said.

Bolsonaro, when asked about Lula’s pledge, responded during a live podcast that he has discussed the matter with Economy Minister Paulo Guedes and would maintain the aid at 600 reais.

“It’s a lie that emergency aid will end,” Bolsonaro said. “I talked to Guedes to keep the 600 reais next year.”

A Genial/Quaest poll published this week suggests the race is tightening in the key state of Minas Gerais, with Bolsonaro narrowing Lula’s lead by 5 percentage points compared to a month earlier. The pollster on Thursday put the two men in a statistical dead heat in Sao Paulo, Brazil’s most populous state.