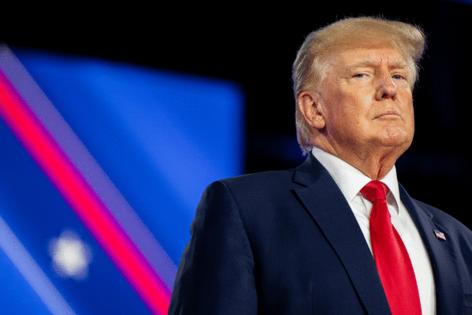 Although the fallout from a remarkable week is just beginning, the search at Trump’s resort in Florida is certain to seep into the November races that will determine party control of Congress, and it promises to keep a focus on Trump rather than inflation and other issues Republicans want to use against Democrats. It’s also likely to affect the next presidential election.

Court documents unsealed by a judge Friday showed investigators removed classified and top secret materials from Mar-a-Lago on Monday and were searching for evidence of violations of three specific federal criminal laws, including one that’s part of the Espionage Act.

While Trump said he had declassified the documents and the search was an unnecessary move by his political enemies to attack him, the escalating turmoil is poised to become an issue in midterms, which Republicans have been trying to make a referendum on President Joe Biden and rising prices to regain control of the House and Senate.

Republican strategist Doug Heye, a former communications director of the Republican National Committee and a Trump critic, said it would be “political malpractice” for Democrats not to use the issue against Republicans who have rallied behind Trump.

“This muddles the Republican message and gives Democrats another thing to push back on so they’re not talking about the issues they don’t want to talk about,” Heye said.

The revelations show “the dangers of putting Trump and his accomplices in power,” which will be top of mind for voters who see Republicans protecting Trump no matter what the cost, said longtime Democratic strategist Jesse Ferguson.

Trump and his supporters in the GOP — including Florida Gov. Ron DeSantis and other potential challengers for the GOP nomination in 2024 if the former president runs again — have called the raid politically motivated. They’ve sought to portray the former president as the victim of Democratic forces bent on preventing him from returning to power as in “banana republics.”

The initial support is evidence of Trump’s grip on the GOP, though some political strategists said Republicans might come to regret it if evidence surfaces showing that the search of a former president’s home was clearly justified — especially if Trump ultimately faces charges.