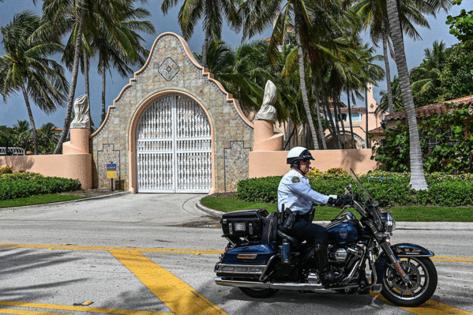 MIAMI — In blasting the unprecedented FBI search of former President Donald Trump’s Mar-a-Lago home this week, Florida Republican leaders revived a familiar theme: The targeting of a former president and political foe is something that could only happen in a “Third-World country.”

Gov. Ron DeSantis, a rising star in the national Republican Party, said the scene was akin to one in a “banana republic,” a pejorative term that’s been historically used for some politically unstable countries in the Americas. U.S. Sen. Rick Scott said the raid was “3rd World country stuff.” U.S. Sen. Marco Rubio made a comparison to Nicaragua’s Daniel Ortega jailing political opponents. U.S. Rep. Maria Elvira Salazar tweeted she was concerned about the U.S. going “down the path of countries like Cuba & Nicaragua.”

And Trump himself used the term in his statement confirming federal officials had been at his home, declaring the U.S. had already become “one of those Countries.”

“Such an assault could only take place in broken, Third-World Countries. Sadly, America has now become one of those Countries, corrupt at a level not seen before,” Trump said in a statement Monday. “They even broke into my safe!”

The ratcheted-up rhetoric about the raid, in which the FBI seized about a dozen boxes of paperwork from Trump’s South Florida mansion, have had a particular resonance in Miami-Dade County. South Florida is home to thousands of residents who hail from countries where authoritarian leaders have been known to consolidate power by weaponizing judicial institutions against political enemies.

But where some saw a Third-World-like attack on a former president they support, some exiles say they saw the opposite. To some, it was proof of a functioning system as the separation of powers made it possible for the feds to raid Trump’s home.

Some Hispanic leaders were quick to agree with Republican officials that the Mar-a-Lago raid reminded them of power grabs in their former countries. Ariel Montoya, a columnist and exiled conservative leader from Nicaragua, said the FBI raid reminded him of home invasions conducted by the left-wing Sandinistas in the 1980s. He argued that what makes the case so “delicate” is that Trump is expected to run for the presidency again in 2024.

“I think that’s the gravest thing that could happen to the United States, that their own political institutions ... have an agenda that’s being followed that, one way or another, charges against some candidates, who in this case may also aspire to the presidency,“ Montoya said.

But Ade Ferro, who runs the Democratic-leaning Venezuelan-American Caucus from Miami, said the comparison to countries like hers to score political points were “offensive.”

“I come from a ‘Third-World’ country. And this is the other way around,” Ferro said. “There’s many, many of us who just want justice to be done .... and for our own suffering to stop being used for political gains.”