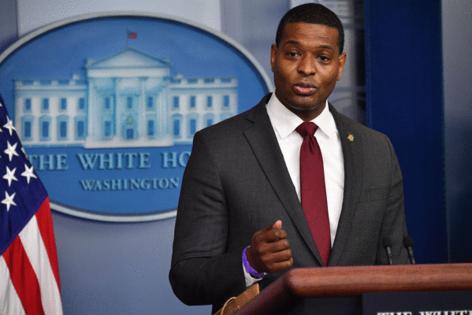 WASHINGTON — U.S. companies would face additional scrutiny on their promises to slash emissions under a section on corporate transparency in a Senate-passed budget deal.

Among the billions of dollars of clean energy tax credits and private investments for decarbonization in the legislation is a provision that would provide $5 million for the Environmental Protection Agency to verify corporations’ commitments to reduce their greenhouse gas emissions and other climate pledges.

The funds would be used to support “enhanced standardization and transparency of corporate climate action commitments and plans to reduce greenhouse gas emissions,” according to the bill text. The EPA would also oversee corporations’ progress toward its emissions targets and climate goals, emphasizing “enhanced transparency” on whether companies are on track to meet such objectives.

EPA Administrator Michael S. Regan and his successors would have until the end of fiscal 2031 to utilize the $5 million and future appropriated funds to examine corporate climate goals, shielding the funds from cuts in future appropriations, especially if Republicans take back control of either chamber of Congress.

The framework within the social and climate economic package sets up the EPA to create a type of mandatory disclosure on companies’ climate goals. Disclosure has been a hot-button issue in Washington as federal agencies move to fulfill the Biden administration’s goals to cut emissions by up to 52 percent by 2030 from 2005 levels and mitigate exposure to climate-related financial risk.

“Addressing the climate crisis requires all hands on deck, and businesses have an important role to play in reducing emissions,” said Sen. Thomas R. Carper, D-Del., who worked on the provision with his Environment and Public Works Committee staff.

“Today, many U.S. corporations are trying to meet net zero goals and want the opportunity to be more transparent about climate actions with shareholders,” Carper said in a statement. “This investment is going to help companies provide better metrics around climate in an apples-to-apples way.”

The section was one of many legislative items that Senate policy staff have been working on since the start of the 117th Congress, according to a Democratic staff member on the Environment and Public Works Committee.

Major U.S. companies have told Democratic staff of concerns about whether their projects and carbon offsets would meet net-zero goals, leading to the EPA provision, the staff member added. They declined to name specific companies.

The European Environment Agency and groups including the Digital Climate Alliance and the International Emissions Trading Association also met with Senate policy staff to discuss the provision and advocate for additional transparency on companies’ climate pledges.