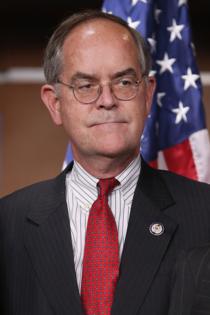 Andy Ogles, the mayor of Maury County, won the Republican primary Thursday in Tennessee’s 5th District, which was redrawn this year to make the GOP nominee heavily favored to flip the seat in November.

Ogles, a business owner, got 37 percent of the vote in the nine-candidate field. Running second with 26 percent was Beth Harwell, a former speaker of the state House of Representatives, followed by 22 percent for Kurt Winstead, a retired brigadier general in the Tennessee Army National Guard who put $1.1 million of his own money into the race. The Associated Press called the race at 11:34 p.m.

Ogles will face state Sen. Heidi Campbell, who ran unopposed in the Democratic primary. The November race is rated Likely Republican by Inside Elections with Nathan L. Gonzales.

Incumbent Democratic Rep. Jim Cooper opted not to seek reelection after the district was redrawn. Cooper’s current Nashville-area 5th District voted in 2020 for Joe Biden over Donald Trump, 60 percent to 37 percent, according to Daily Kos Elections. Under the new lines, the district would have backed Trump over Biden, 55 percent to 43 percent, according to Dave’s Redistricting.

Given the primary’s potential to pick a new member of Congress, the contest attracted $3 million in outside spending, according to disclosures to the Federal Election Commission, with nearly $2.2 million going to either support or oppose Ogles.

Republican Morgan Ortagus, who had Trump’s endorsement earlier this year, was removed from the ballot by the state party and was advising Winstead’s campaign, according to news reports.

The 5th District is the only House race in Tennessee that’s expected to be competitive in November, but some incumbents faced primary challenges Thursday.

In the state’s 3rd District, GOP Rep. Chuck Fleischmann beat primary opponent Sandy Casey, who disclosed to the FEC raising $21,000 through July 15. Fleischmann held $2.3 million in his campaign account as of July 15. Outside groups had not disclosed any expenditures in the district as of Tuesday.

Democratic Rep. Steve Cohen in the 9th District also beat M. Latroy Alexandria-Williams, who had not disclosed raising any money, 88 percent to 12 percent. Businesswoman Charlotte Bergmann won the Republican nomination in the district. Inside Elections rates that race Solid Democratic.