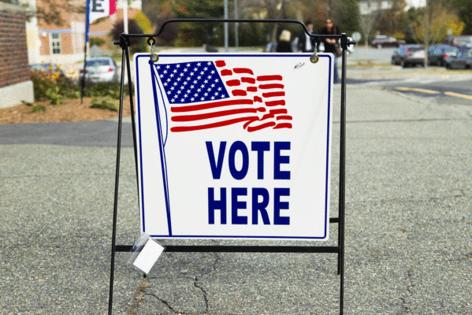 State Rep. Shri Thanedar declared victory on Wednesday morning in the Democratic primary for the open seat representing most of Detroit, where the issue has been raised of what kind of minority candidate should represent the predominantly Black city.

Thanedar was leading with 28%, followed by state Sen. Adam Hollier with 24% and Focus: HOPE CEO and attorney Portia Roberson with 17%, with 68% of votes counted. The Associated Press had not called the race as of 9 a.m.

Thanedar, an Indian immigrant and the only non-Black candidate on the ballot, committed over $5 million of his wealth to his campaign.

"This race was not about me. Michigan's 13th Congressional district is one of the poorest in the country, and I will fight for economic and racial justice in Congress," Thanedar said in a Wednesday statement.

"We must continue the fight against the special interests that seek to divide us and prevent us from achieving the basic rights that we all deserve. We have a lot of work in front of us, and you can count on me to continue fighting for our communities."

The 13th District seat is open because Michigan's only African American in Congress, Democratic U.S. Rep. Brenda Lawrence of Southfield, is retiring at the end of her term. The Democratic stronghold in the 13th is viewed as the best opportunity to elect another Black representative.

The district covers most of Detroit, Hamtramck, the Grosse Pointes and Downriver communities.

The winner of Tuesday's primary effectively wins the seat since the Republican challenger rarely has a chance in Detroit and surrounding suburbs.