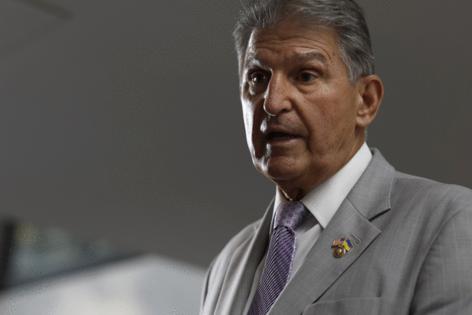 WASHINGTON — A bipartisan bill that overhauls a century-old election law may not be perfect, but doing nothing after the 2020 election could be far worse, senators heard Wednesday.

“We were all there on Jan. 6 — that happened, that was for real. It was not a visit by friends from back home,” Sen. Joe Manchin III said at a hearing of the Senate Rules and Administration Committee.

The West Virginia Democrat, who testified with GOP Maine Sen. Susan Collins and a group of experts, said the 2021 attack on the Capitol inspired their bipartisan overhaul of a 135-year-old law that advisers to President Donald Trump tried to exploit after he lost in 2020.

“It took the violent breach of the Capitol on Jan. 6 to really shine a spotlight on how urgent the need for reform was,” Collins said to the panel.

Collins and Manchin helped lead a group of more than a dozen senators who produced a bill that seeks to shore up provisions related to the presidential transition and the Electoral Count Act of 1887, which governs the acceptance of presidential votes.

Manchin indicated that he may be open to some tweaks to the bill, but underscored the importance of passage even if some still believe more changes are needed.

“While I will be among the first to acknowledge that the bill is not perfect, it represents many months of hard work and compromise and would serve as a tremendous improvement over the current ECA,” Manchin said.

The experts Wednesday said technical corrections and clarifying language were needed in the case of several provisions, including one that removes an 1845 law that allowed state legislatures to declare a “failed election.” But most were in agreement that the bill would close some of the biggest holes Trump and his advisers explored as he clung to power in 2020.

That includes Trump’s advisers’ suggestion that Vice President Mike Pence should disregard electors from states when Congress met on Jan. 6, 2021.

Pence ultimately did not go along with the plan and was sought by Capitol rioters, who called for his hanging and erected a gallows near the building.