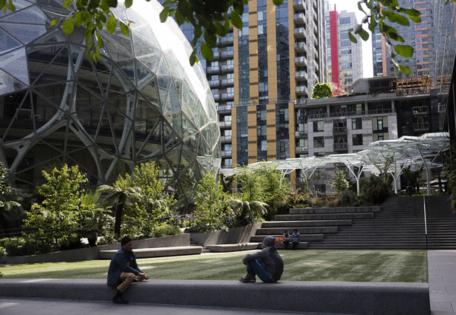 Amazon employees are calling on the company to get more involved in protecting abortion access, including by ending political donations to groups that oppose abortion, organizing its own protests against the Supreme Court’s ruling and helping all employees pay for travel in order to get safe abortion care.

Nearly 2,000 employees have signed an open letter to Amazon leadership, calling on the company to “use Amazon’s voice to publicly and unequivocally denounce” the high court’s decision. On Friday, some workers called out sick in protest, hoping to pressure the company.

Amazon, like many of the nation’s largest employers, has said it will cover travel expenses for medical procedures, including abortion care, that aren’t available in an employee’s home state.

But in the week since the Supreme Court overturned Roe v. Wade, removing constitutional protections for abortion access that had been in place for nearly half a century, some workers and activists point out that those funds won’t extend to every Amazon worker.

It’s “common-sense policy” for companies to ensure workers won’t have a “huge disruption in their life” following the overturn of Roe v. Wade, said Liza Fuentes, a senior research scientist at the Guttmacher Institute, a research organization that promotes sexual and reproductive rights.

“That’s a huge benefit for those workers,“ she said. “However, what we know is that many people who may need abortion care don’t work for those companies.”

In Washington, many of the state’s largest employers — Amazon, Microsoft, Boeing, Alaska, T-Mobile, Zillow, Redfin, Starbucks and others — committed to covering travel costs for employees who live in places where abortion services aren’t available. Walmart, the nation’s largest employer, said Friday it is weighing potential actions and figuring out the best path forward, according to Bloomberg. Starbucks said it could not “make promises of guarantees about any benefits” for workers at unionized stores.

Amazon announced in May it would offer up to $4,000 for travel if care is not available virtually or within 100 miles of an employee’s home.

The Supreme Court’s ruling is expected to lead to abortion bans in nearly half the states. For a company like Amazon, which has corporate offices and warehouses across the country, the funds are meant to help workers who may need to travel to access care.

Amazon’s policy, which is retroactive to Jan. 1, is available for employees and their dependents covered by two company-offered health plans. The funds are available to both corporate and warehouse workers, but not independent contractors.