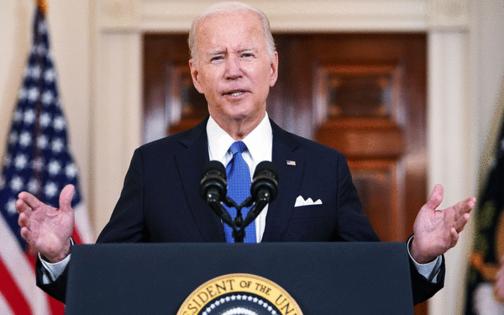 From day one, President Joe Biden removed the pro-life protections implemented by his predecessor. The White House then released its national gender strategy, which calls for abortion on demand. Biden officials have made countless statements in support of abortion rights. Joe Biden’s inclination is to promote abortion anywhere and everywhere, despite strong public opinion against funding abortion overseas.

Take Zimbabwe. U.S. law prohibits countries in default on a loan from receiving more funds. But last year the State Department waived that rule for the African country.

How did the State Department explain this? It listed areas in which targeted assistance to Zimbabwe is “in the national interest of the United States.” The list includes “good governance” and “respect for human rights.” It also includes “family planning and reproductive health.” This sounds fine in the abstract. But the U.N. and its acolytes include abortion under these terms.

The Lancet, for instance, treats “safe abortion services” as an element of reproductive health. The U.N.’s Office of the High Commissioner on Human Rights notes that “human rights bodies have repeatedly called for the decriminalization of abortion in all circumstances.” True. But these are nonbinding opinions of bureaucrats. The actual treaties that make up international law are silent on abortion. In fact, an honest reading of them supports extending the right to life to the unborn.

In Zimbabwe, abortion is legal only for limited reasons. As in many African countries, prevailing religious and cultural tradition values life and family. But the international organizations and donors that operate in Zimbabwe have other priorities.

Abortion giants have divided the developing world up among them. Key players include Marie Stopes International (MSI), International Planned Parenthood Federation (IPPF), Pathfinder, and Ipas. Each targets different countries to provide contraception and abortion under the umbrella of sexual and reproductive health. Lobbying for more permissive abortion laws is central to their mission.

MSI operates in Zimbabwe under a program called Population Services Zimbabwe (PSZ). It claims to have prevented 47,000 “unsafe abortions” in 2020 alone. It provides “affordable sexual and reproductive health services” throughout the country. And, it seems, the U.S. government is working hand in glove with these groups.

The Trump administration implemented the Protecting Life in Global Health Assistance policy to prevent groups like MSI from receiving taxpayer funds if they refused to comply with its limits on abortion. This is why PSZ, the local MSI affiliate, could not receive U.S. funds. But Joe Biden wasted no time in reversing that policy.

During the Obama years, the group received U.S. aid to the tune over $1 million per year. It received no funding under Trump. The Biden team as awarded multiple grants to PSZ again, although it is unclear how much money it has received.

The Helms Amendment to the United States Foreign Assistance Act prohibits U.S. foreign assistance funds from paying for abortion as a method of family planning. This narrow rule has been in place since 1973. But pro-abortion Democrats work around it. For instance, they funnel tax dollars to U.N. entities, which then fund and promote abortion. They also fund groups like MSI and Ipas for purposes other than providing abortion “as a method of family planning.”

Biden has told government agencies “to ensure that adequate funds are being directed to support women’s health needs globally, including sexual and reproductive health and reproductive rights.” As Max Primorac and James Roberts document, the Biden administration “dramatically expanded the scope of programs that are now authorized to pay for abortion services.” And in so doing, it “weaponizes foreign aid programs to fund abortion.”

This is wrong. The U.S. should stop funding abortion in the developing world, especially in countries that don’t want it. Abortion should never be a condition of receiving aid. It smacks of ideological colonialism and humanitarian blackmail.

Congress needs to do more than save the Helms Amendment. It must stop the abortion activists in the Biden administration. And it must direct foreign assistance to alleviate poverty, not promote ideological agendas.

Grace Melton is the Senior Associate for Social Issues at the United Nations in The Heritage Foundation’s Institute for Family, Community, and Opportunity.