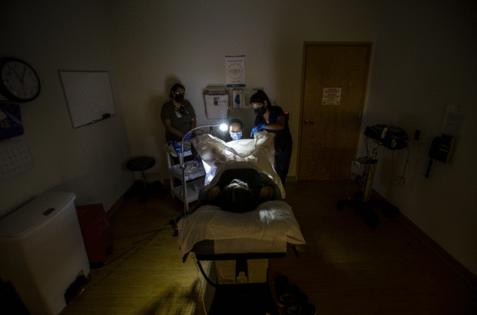 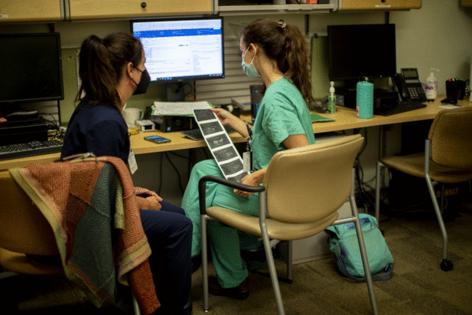 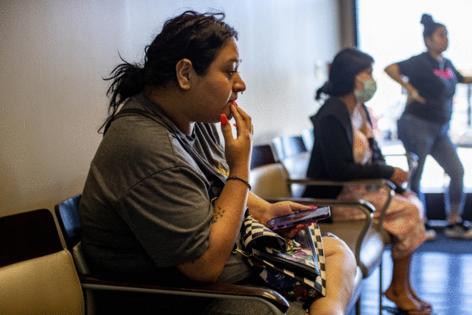 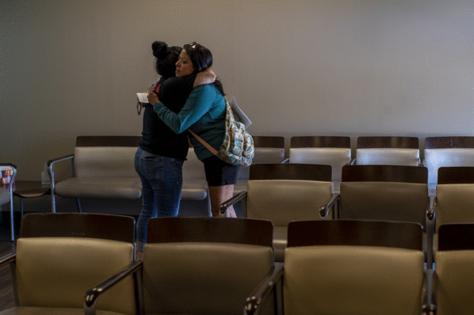 My assignment was to illustrate a story on how blue states might receive an influx of abortion patients from neighboring red states after Roe v. Wade was overturned. That's why I was in New Mexico last Thursday, when many thought the Supreme Court would issue its ruling.

I had emailed two clinics, including the doctors who worked there. After many email exchanges, the Center for Reproductive Health at the University of New Mexico in Albuquerque agreed to let me come. The doctors and staff welcomed me, granting me more access than I had expected.

I arrived at 8 a.m. with Elizabeth Gibson, my escort from the university, waiting for me in the parking lot. I soon met a new family physician and other medical staff.

What unfolded over that day and the next embody the challenges of being a photojournalist in such situations — how to portray reality accurately but compassionately, preserving some privacy for subjects in their most personal and vulnerable moments.

Within a few minutes, I was able to photograph a 25-year-old patient during her ultrasound procedure. Though she didn't want her face shown, the photos are intimate and tell a story.

I looked down at the caller ID, and it was our Houston bureau chief Molly Hennessy-Fiske on the line.

"I think I can get us into an abortion clinic in San Antonio, Texas, tomorrow," she said.

We didn't know when the Supreme Court would issue its ruling. Nothing was certain. I was thinking to myself how important and historic it would be to be inside a clinic when the decision came down, especially in a red state.