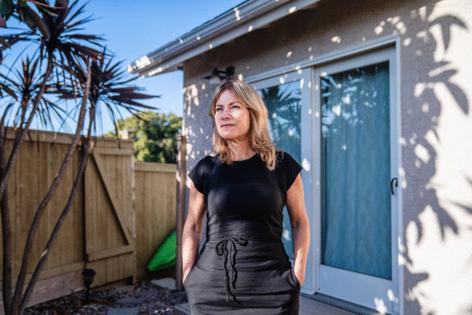 In one of those four pregnancies, I underwent a D&C (dilation and curettage) ― a procedure commonly used to terminate a pregnancy in the first trimester. And in two others I was treated with a drug called methotrexate, sometimes used in medication abortions.

I fear what will happen to women who find themselves in similar circumstances, with Roe v. Wade overturned by the U.S. Supreme Court on Friday. Texas already has enacted a law restricting abortion and the use of that drug in an abortion. In all, according to the Guttmacher Institute, which tracks reproductive health policy, 26 states are likely to ban or severely restrict abortion.

Both ectopic pregnancies sneaked up on me. I was 39 when I stopped using birth control and left the rest to chance.

A few months later, I was spotting for more than a week and shrugged it off to an unusual period.

I also had a sharp pain on my lower left side when I extended my leg to get out of the car, or sometimes when I jogged or turned my hips a certain way.

“Have you taken a pregnancy test?” a friend asked after I described my symptoms.

It was positive. I drove to urgent care where a doctor confirmed my pregnancy with a blood test and performed a transvaginal ultrasound. But there was nothing in my uterus ― no sign of a fetus.

The doctor told me I was miscarrying. I asked her if it was possible this might be a “tubal” pregnancy, the term my friend had used when I called her that day. I did not know at the time the medical term was “ectopic.”