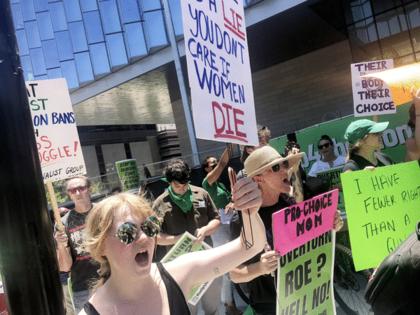 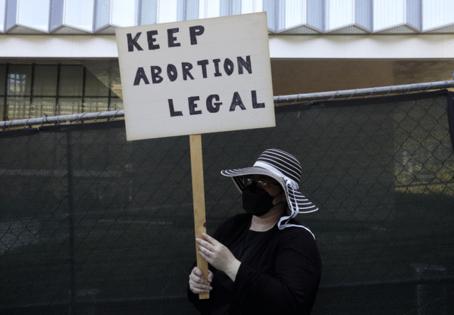 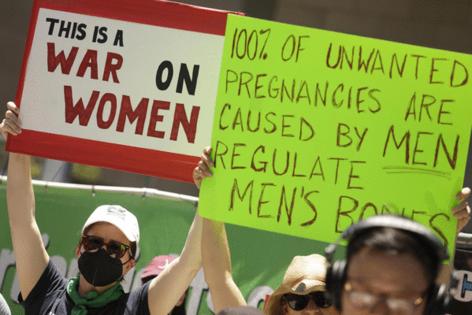 LOS ANGELES — As news of the Supreme Court’s decision to end constitutional protections for abortion spread Friday morning, many in Southern California responded with a simple question: Where do we protest?

The overturning of the landmark 1973 Roe vs. Wade ruling will not hinder reproductive health access in California, where abortion will continue to be protected under state law. The state’s Democratic lawmakers quickly moved to add to those protections; Gov. Gavin Newsom signed a bill Friday that immediately protects abortion providers in California from liability when caring for patients traveling from states where the procedure is now banned or access is narrowed.

Twenty-six states will ban all, or nearly all, abortions now that Roe has been overturned, according to the Guttmacher Institute, a research organization that supports reproductive health and abortion rights.

The first Los Angeles crowds began to gather around noon outside a federal courthouse downtown .

Standing with the growing crowd, Francisca Romero, a 25-year-old actress originally from Uruguay, described the Supreme Court decision as a tipping point in the country.

The green bandana tied around her neck was similar to the ones worn by women’s rights activists in Mexico and Argentina when they fought for abortion rights, she said. Other volunteers and organizers wore their own green bandanas printed with the words “Overturn Roe? Hell no!”

“To me it feels like we’re going back in time,” Romero said. She couldn’t believe this moment was happening in the United States.

The crowd outside the courthouse quickly grew to more than 100 people, then more than 200. Inside the federal court building, security officers directed departing jurors to use the building’s back exits.

Rebecca Hairston, 38, of Hollywood, said she woke up in “devastation” that a right she grew up with would no longer be protected nationwide.