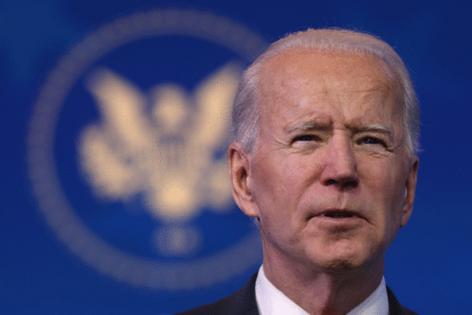 Biden said Friday that his administration will fight to make sure women can travel from states where abortion is outlawed to obtain the procedure in states where it’s legal. He said he also ordered the Health and Human Services Department to ensure abortion drugs are available “to the fullest extent possible.”

Both moves may wind up in court, as some Republican lawmakers have vowed to try to prevent women from traveling out-of-state for abortions and stop abortion drugs from being prescribed or sold within their states.

But despite controlling the White House and both chambers of Congress, there’s little more Democrats can do via executive action or legislation, legal experts say, after the highest court wiped out the constitutional right to abortion in a historic ruling. Republicans in the Senate can easily filibuster any bill to replace the rights once secured by Roe, while Biden lacks the power to unilaterally ensure abortion is available nationwide.

And Democrats’ grip on Congress is tenuous, resting on Vice President Kamala Harris”s tie-breaking vote in the Senate. Midterm elections in November are poised to flip control of one or both chambers to the GOP.

Biden acknowledged the limits of his authority in remarks at the White House after the ruling on Friday.

“The only way we can secure a woman’s right to choose, the balance that exists, is for Congress to restore the protections of Roe v. Wade as federal law,” Biden said. “No executive actions from the president can do that.”

In a further admission that the current Congress won’t be able to make Roe law, he added: “Voters need to make their voices heard this fall.”

The White House has held daily calls on the subject since the ruling leaked, plotting out its options, and met regularly with groups like Planned Parenthood and Emily’s List, an official familiar with the process said, speaking on condition of anonymity. The White House counsel’s office was closely involved, studying what legal recourse they have, but the official reiterated what Biden said: no executive actions can restore Roe or come close to it. It’s not yet clear if the administration is considering minor ones.

Biden has directed HHS to make sure that mifepristone, an abortion drug, can be prescribed by telehealth and through pharmacies, and to make sure insurers don’t stop covering contraceptives, including emergency contraceptives, the official said. The Department of Justice will also support the right to travel, and look to intervene in cases on behalf of people facing legal action for traveling to receive an abortion, the official said.