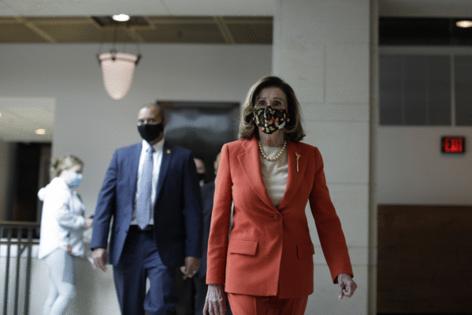 The 234-193 final passage vote came as the bipartisan success was overshadowed by the Supreme Court’s opinion overturning the abortion rights protections in Roe v. Wade. All House Democrats in supported the bill along with 14 Republicans.

“This package represents the most significant action to prevent gun violence in nearly three decades and is a necessary step to honor our solemn duty as lawmakers to protect and defend the American people,” Speaker Nancy Pelosi, D-Calif., said on the House floor ahead of the vote. “Importantly, the bipartisan Safer Communities Act has earned strong support from gun owners, gun survivors and law enforcement alike.”

The measure includes mental health, school security and gun control provisions. It garnered broader Republican support when it passed the Senate 65-33, with Senate Minority Leader Mitch McConnell, R-Ky., headlining the list of 15 GOP votes in support of the final vote on the motion to concur.

The Senate passed the legislation Thursday night before leaving Washington for the July Fourth recess.

While some Republicans joined Democrats in supporting the bipartisan gun legislation, they could not be more divided on the ruling the Supreme Court issued Thursday that threw out New York state’s long-standing limits on carrying handguns outside the home.

For GOP senators like McConnell, however, the combination of the two firearm policy events this week was a positive.

“There are no new bans, mandates, or waiting periods for law-abiding citizens of any age. What the bill does contain are commonsense solutions that are overwhelmingly popular with lawful gun owners, such as adding juvenile criminal records and mental health issues into the background check system,” McConnell said in a statement Thursday night. “It also provides significant new funding for mental health in schools.”

Among other provisions, the bill that will now head to Biden’s desk would establish new penalties for “straw purchases” of firearms and seek to make clear the people who regularly sell guns for a profit need to run background checks.

Many in his own party disagreed with McConnell on the bill’s effect, however, especially in the House, where leaders whipped members to vote against it.