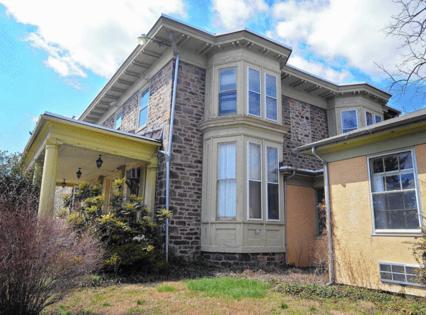 I was born in July 1956 in Silver Spring, Maryland. When I was 6, my parents told me that I was adopted. There was a storybook about adoption gently explaining what it meant. I remember thinking, “but you’re my parents.”

My parents also said “don’t tell anyone.” They feared I would be stigmatized. Times were different then. It felt weird when people would say things like, “you look just like your mother.” Aside from being white, I didn’t look anything like either of my parents.

Around the holidays, my parents would often tell the story about “getting the call” to get me. My mother said she immediately quit her job just in time to bring me home for Christmas. For years it never occurred to me to ask “where was I between July and Christmas?”

I occasionally wondered about my birth parents, but it wasn’t until almost 40 years later that I started asking questions. My parents had little information about me. What they did have was my “original” birth certificate. I always had a birth certificate, but my mother then sent me the “original” one.

It still gives me chills and a twinge of sad emptiness inside. It shows my baby footprints, the name of the hospital, the signature of the hospital superintendent, and the date and time of my birth — nothing more. No name, no parents, no nothing. Just a right footprint and a left footprint.

I later learned from records that my birth mother had me for a couple of weeks, then I was in foster care, where it was noted that I was “a demanding baby.” Perhaps I was hungry? Cold? Wet? How else could I possibly have been demanding? Did I have a name or was I just “demanding baby?”

I also learned that I had a brother somewhere in the world, from the same biological parents. I grew up with no siblings. My brother is three years older than me — if he’s still alive. He was also given up for adoption, but in Tennessee.

My biological mother lived in the Florence Crittenton Home for Unwed Mothers in Baltimore while she was pregnant with my brother, right around the corner from where I now live. The records noted that my birth father, also in Baltimore, said he could not marry my mother because “it would have kept him from doing all the great things he was going to do.”

I grew up in the D.C. and San Francisco suburbs. We never lived in Baltimore. How strange it was to learn my biological parents were both from here, and that I ended up so close to where my birth mother once was.

For many years I also thought I was Scotch-Irish, until a DNA test told me I was not. I swear my mother told me this when I was young. She denied it saying, “why would I tell you that, we didn’t know.” I imagine I was persistently asking and she said, “oh, you are probably Scotch-Irish” given my red hair, fair skin and freckles. She wouldn’t remember, yet I carried it for years, planning to visit my “homelands” one day.