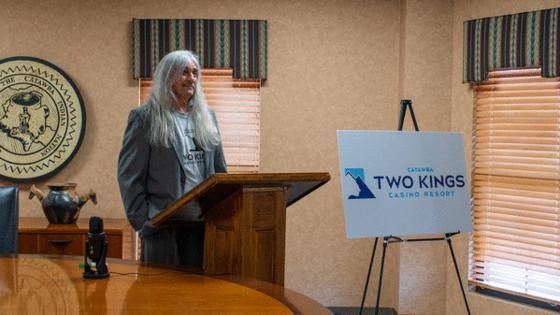 WASHINGTON — The annual defense policy bill signed into law last month authorized billions of dollars for a vast array of Pentagon programs. It also did something else: It granted a South Carolina-based Native American tribe permission to open a casino in North Carolina.

Each year since 1961, Congress has passed the National Defense Authorization Act, a vast piece of legislation that authorized $768 billion for the Defense Department in fiscal 2022.

The measure’s size and consistent enactment has also turned it into a catchall for lawmakers’ legislative priorities that might not otherwise get a vote. And some of those priorities stray far afield from national security matters.

A striking example is the casino amendment, sponsored by Schumer and an odd bedfellow for the New York Democrat, South Carolina Republican Lindsey Graham. Its inclusion in the defense law is an example of two Washington truisms: that provisions lawmakers favor hitch rides on moving vehicles, no matter how unrelated, and that money and influence can get the attention of Congress.

Big money is at stake for the Catawba Indian Nation and the developers it worked with to build and run the $273 million, 14,700-square-foot casino in Kings Mountain, N.C., about 35 miles from the tribe’s reservation near the city of Rock Hill, S.C.

In recent years, advocates of the casino made campaign contributions to lawmakers who championed it in Congress and spent handsomely on lobbyists with connections on Capitol Hill.

Often, unrelated provisions inserted in the defense bill are uncontroversial. Ahead of the fiscal 2022 defense bill, lawmakers submitted hundreds of amendments on topics ranging from chimpanzee relocation to the sustainability of feeding troops vegetable-based protein.

The case of the Catawba tribe casino, however, stands out.

For the Catawba, the inclusion of the amendment is the product of a nearly decade-long effort to exempt themselves from a 1993 settlement with the U.S. government that, in exchange for federal recognition, subjected the tribe to South Carolina’s state gambling laws, rather than the more flexible federal Indian Gaming Regulatory Act.