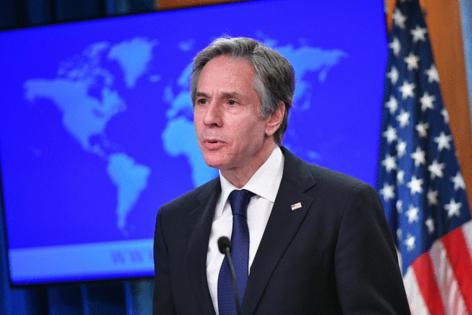 WASHINGTON — Iran didn’t show seriousness in the latest talks to rejoin a 2015 accord restraining its nuclear program, and the U.S. is preparing for a scenario in which restoring the deal won’t be possible, a senior U.S. official said Saturday.

It was the most pessimistic American assessment of the negotiations yet.

In the seventh round of talks last week, Iran walked back many offers it made in previous sessions and demanded sanctions relief that goes beyond the terms of the original Joint Comprehensive Plan of Action, the official told reporters. Former President Donald Trump abandoned the deal in 2018, and the Biden administration wants to rejoin it.

Iran went into the latest talks calling for the removal of all sanctions that it says violated the deal and prevent it from gaining the promised economic benefits.

Iran’s strategy appears to be to race ahead with nuclear advances to get more leverage in the talks, said the official, who asked not to be identified discussing private deliberations. That strategy will backfire and even Iranian allies such as Russia and China were disappointed by its stance, the official said.

The comments were the Biden administration’s most pessimistic public assessment of the talks to date, and aligned with remarks from European Union officials after the latest round. U.S. officials say they want to return to the 2015 accord, but they demand that Iran end its enrichment of uranium to high levels and other activities that it began in violation of the agreement after Trump quit the deal and reinstated punishing sanctions.

The negotiations in Vienna were the first since the election in June of Iranian President Ebrahim Raisi, whose government has aired far greater skepticism about a return to the talks than its predecessor. Disagreements over the sequencing of U.S. sanctions removal and how Tehran scales back a significant expansion of its nuclear program emerged as major sticking points.

Rejoining the deal was a central plank of Biden’s foreign-policy platform as a candidate because he argued that the Trump era “maximum pressure” campaign of sanctions and demands had failed. Now Biden is preparing for a world where there is no return to the JCPOA, though the U.S. still believes diplomacy is the best way forward, the official said.

Secretary of State Antony Blinken said last week the U.S. wouldn’t “accept the status quo of Iran building its program on the one hand and dragging its feet on the other.”

“That’s not going to last,” Blinken said in Stockholm.

The U.S. official declined to say how much longer the U.S. was willing to hold out hope for the negotiations. The sides don’t know when there might be another round of talks.

Iranian Foreign Minister Hossein Amirabdollahian said in a call with his Japanese counterpart on Thursday that he “wasn’t optimistic” about the intentions of Western powers in the talks. Among its demands, Iran wants the U.S. to rule out any future exit from the deal, but the Biden administration has said it can’t tie the hands of successor governments.

Iranian officials at the Vienna talks are meeting directly with representatives of Europe, China and Russia. There are no direct U.S.-Iran talks so far.