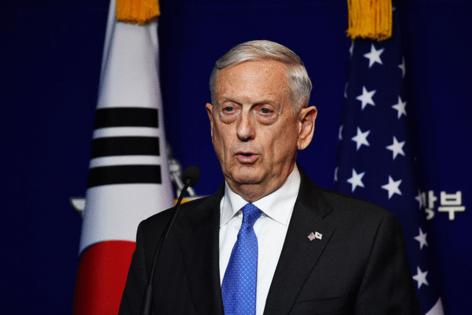 In October, an Iranian militia group calling themselves the “Allies of Syria” launched five suicide drones at the only publicly acknowledged U.S. base in Syria, Al Tanf, home to more than 200 troops. Thanks largely to a timely warning from Israel, there were no casualties.

Noting that the attack was “coordinated and deliberate” Central Command spokesman Captain Bill Urban said that the U.S. would respond “at a time and place of our choosing.” Over 30 days later, that response has yet to come.

This failure to act signals a lack of U.S. resolve. Worse, it invites further attacks on U.S. forces throughout the region.

A small dusty base at a key road intersection in southeastern Syria, Al Tanf is the center of U.S. efforts to train and support friendly Syrian militias. The drones attacking the base on Oct. 20 reportedly carried a toxic mixture of high explosives, shrapnel and ball bearings. Only two of the drones exploded. The other three were examined and identified as Iranian-made. That forensic analysis later proved unnecessary, when Iran trumpeted the attack as a “major success” and suggested more strikes will follow.

Just a few days ago, it was reported the strike was ordered in response to Israeli airstrikes in Syria. Israel routinely strikes Iranian militia forces and facilities near its border with Syria to keep them from gaining a foothold there.

But here’s the problem: A U.S. official stated that the Iranians were reportedly reluctant to attack Israel for fear of retaliation. Let that sink in for a moment. The “Allies of Syria” opted not to attack Israel because they knew such a move would result in an immediate reaction. Instead, they struck an American base.

With neighbors like Lebanon and Syria, Israel lives in an admittedly tough neighborhood. To survive Israel has learned that when you are hit, you hit back immediately, otherwise your adversary will take your lack of response for weakness.

Israel has also learned that it doesn’t matter whether your adversary’s punch doesn’t land. Even if you manage — via luck or intervention — to avoid injury, the fact that your opponent tried to kill you should be treated the same as an attack that succeeds in causing casualties.

Today, there is much talk in Washington about deterrence. Most of those discussions revolve around China and Taiwan. Up for debate are questions such as whether it is better to be explicit in our intent to help defend Taiwan, or whether China could be deterred by tools such as diplomatic levers or economic sanctions (hint: It won’t). Often overlooked is the fact that deterrence operates on multiple levels.

There is the long-range, strategic deterrence conducted to persuade another state (say, China or North Korea) not to start a war. But there is also day-to-day deterrence that sends the important message that a country and its armed forces are not to be trifled with.