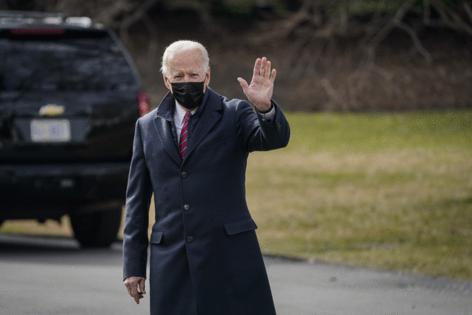 The results of a routine pre-holiday colonoscopy didn’t prove too much of a bum-mer for President Biden.

A three-millimeter polyp that was removed from Biden’s colon was benign, though possibly precancerous, according to a doctor’s memo dated Tuesday and released by the White House ahead of Thanksgiving.

Dr. Kevin O’Connor, the president’s personal physician, said in the note that the growth underwent anatomical examination and proved similar to another polyp taken from Biden in 2008. The memo said that “no further action is required at this time.”

“Routine surveillance is recommended for this finding,” O’Connor said in the note. “Typically, repeat colonoscopy in 7 to 10 years is recommended.”

Biden underwent the procedure on Nov. 19, one day before his 79th birthday. During the colonoscopy, Vice President Kamala Harris took his place as commander-in-chief for 85 minutes, becoming the first woman to serve as acting president.

In a memo that day, O’Connor deemed Biden “healthy” and “vigorous,” though he noted the polyp and promised it would be evaluated.

Biden spent his first Thanksgiving as president with First Lady Jill Biden on a visit to the U.S. Coast Guard Station at Brant Point on Nantucket, Massachusetts, where the pair spoke virtually with service members. On a mild and sunny day at the station, Biden greeted and dished out coins to uniformed Coast Guard members.

He and the first lady also gave a call to NBC’s Al Roker as the Macy’s Thanksgiving Day parade wound its way through Manhattan.

“Hello, Al? How you doing, pal?” the president asked the Queens-born weatherman, who served in his usual perch hosting the traditional event.

The parade returned to pre-pandemic levels of pageantry, delivering holiday cheer across a 2.5-mile path, after slimming down to a single city block last fall.