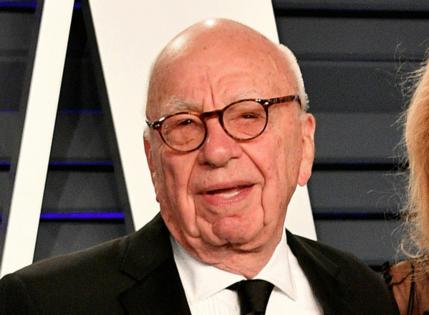 Media baron Rupert Murdoch told former President Donald Trump that he needed to leave the past behind and focus on the future to address problems the country faces.

“The current American political debate is profound, whether about education or welfare or economic opportunity,” Murdoch told shareholders at the annual of meeting of his News Corp. on Wednesday. “It is crucial that conservatives play an active, forceful role in that debate, but that will not happen if President Trump stays focused on the past. The past is the past, and the country is now in a contest to define the future.”

Murdoch, a political conservative whose empire includes the Fox News Channel and the Wall Street Journal, has sometimes fallen out of favor with Trump, most notably after Fox News was the first to call the state of Arizona for Joe Biden in the November 2020 election. Trump later said on Twitter that the channel had forgotten the “Golden Goose” that had led it to ratings gains.

After initially inviting guests on the network who supported Trump’s claims of election fraud, Fox later aired an interview debunking those claims and parted ways with pro-Trump host Lou Dobbs. Fox Corp., which owns Fox News, is being sued by two makers of voting technology that say the network falsely reported that they had rigged the election. Fox has said it did nothing wrong.

Trump has since announced plans to launch his own social media and streaming platform.

Murdoch also used the meeting to air complaints about “Big Digital,” specifically saying that technology giants such as Google and Facebook Inc. censor conservative content on their social media networks. He said the companies manipulate online ad rates to the detriment of marketers and consumers and they need to be more transparent about the algorithms they used to deliver content to viewers.

“Algorithms are subjective and they can be manipulated by people to kill competition and damage other people, publishers and businesses,” Murdoch said.