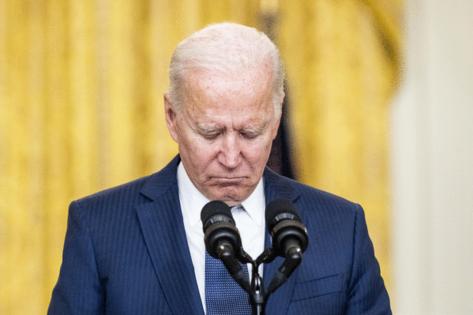 WASHINGTON — “I’ve instructed the military, whatever they need — if they need additional force — I will grant it.”

That was President Joe Biden, speaking to reporters in the East Room of the White House, on Aug. 26, hours after violent extremists killed 170 Afghans and 13 U.S. troops outside Kabul’s airport. It was his presidency’s darkest moment to date.

“Every day, when I talk to our commanders, I ask them what they need — what more do they need, if anything, to get the job done,” he said moments earlier during prepared remarks amid the chaotic withdrawal he ordered. “As they will tell you, I granted every request.”

Biden is famously loyal. But that can be a negative trait for any president — and an allergy to firing Cabinet officials and senior aides can become a drag on any presidency.

He did set the stage early, entering office with a warning to his team.

“I’m not joking when I say this: If you’re ever working with me and I hear you treat another with disrespect, talk down to someone, I promise you I will fire you on the spot,” Biden said during his first day in office. “On the spot. No if, ands or buts.”

Since, he has ordered what The Wall Street Journal’s editorial board in July dubbed a “firing spree.” But that is a reference to his ongoing purge of Donald Trump appointees from some plum federal government positions.

Biden, notably, has yet to relieve any Cabinet official or senior adviser of their duties when things have gone poorly. And over the past few months, plenty has gone poorly.

Perhaps the best example came in Kabul. Days after the airport attack, administration officials carried out a drone strike that killed seven children — but not the extremist operatives they targeted. The president responded defensively and has yet to punish anyone involved. The Pentagon is reviewing the strike. But when coupled with the chaotic U.S. exit that left behind hundreds of Americans and even more Afghan allies, the president could have sent a message by firing someone involved.

While it is understandable Biden wants to avoid the revolving door that was the Trump administration Cabinet and senior staff, accountability still matters. His administration could use the wake-up call a firing or two would bring. If a president doesn’t run his national security apparatus, it will run him. See: Bush, George W.