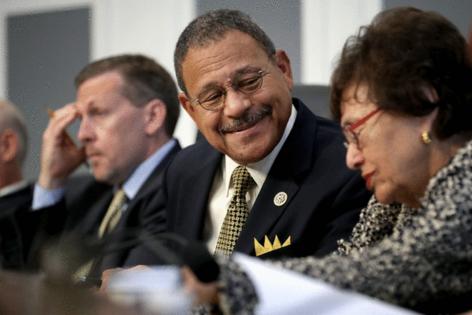 “Studies have found that one in eight military families were food insecure prior to the COVID-19 pandemic and this number has now grown to one in five,” the report said.

Back in June, the House Appropriations Committee’s comparable report had called the development “alarming.”

And both appropriations reports demanded more data from the Pentagon on the problem’s extent.

Neither committee’s finding has drawn public attention. But their statements form the latest sign of quietly growing congressional worries that, in the world’s richest country, with an annual defense budget of about three quarters of a trillion dollars, the lowest-ranking American military personnel, especially if they have multiple dependents, often do not earn enough to adequately eat.

While Congress might benefit from more data of the kind sought by appropriators, anti-hunger activists say there is no dispute that the problem is enormous and unacceptable.

“While there is nothing wrong with gathering data per se, we don’t need to — and cannot — wait any longer for concrete policy solutions,” said Josh Protas, vice president of public policy at MAZON: A Jewish Response to Hunger. “Even before the pandemic, which hit military families hard and increased unemployment among military spouses, food pantries operated on or near every military installation in the United States. We need not wait for another report to know that military families around the country are struggling and that a military family basic needs allowance would help them put food on the table.”

Protas was referring to provisions in the National Defense Authorization Act bills in both chambers. Both bills would give some troops a “basic needs allowance” to ensure no servicemember’s income falls below 130 percent of the poverty line.

Critics say the Senate’s version is not generous enough. The Senate bill would cost around $1 million a year, giving about 500 families an average of $200 a month, while the House bill would help 3,000 families with $400 a month on average, costing just over $14 million per year, according to Congressional Budget Office figures.