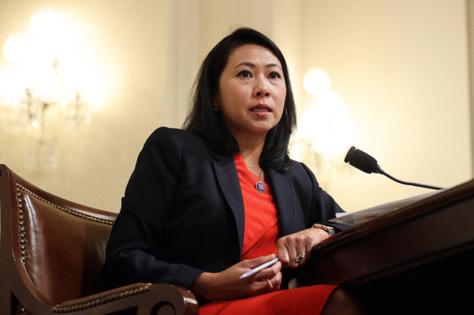 WASHINGTON — Six House Democrats facing competitive races next year, including the chairman of a committee that crafted an infrastructure package, raised less money during the summer than Republicans vying to oust them, new disclosures show.

That could be a worrying sign for Democrats, who have almost no margin for error as they seek to defy historical trends and defend a narrow House majority in 2022.

“Republicans erasing Democrats’ financial advantage is the latest evidence Democrats’ majority is doomed and the best decision they can make is to retire now and save face,” said Michael McAdams, communications director of the National Republican Congressional Committee, the campaign arm for the House GOP.

In the Senate, where Democrats are defending a tie-breaking majority, incumbents and challengers in battleground states once again posted strong fundraising numbers. House Democrats, meanwhile, downplayed the threat from Republicans.

“Our Democratic Frontline Members are battle-tested and have proven that they know what it takes to win in the nation’s most competitive districts — And they have the infrastructure and resources needed to do so,” Democratic Congressional Campaign Committee spokeswoman Nebeyatt Betre said in a statement.

“So far this year, the DCCC has had three record-breaking fundraising quarters and we just outraised the NRCC by $10 million in Q3 because voters are eager to send Democrats back to Congress with a majority,” she said, referring to the third fundraising quarter, which spanned from July through September.

Republicans need a net pickup of five seats in 2022 for the House majority, and just one seat to regain the Senate.

Strategists on both sides of the aisle cautioned against drawing conclusions so early in the cycle, but that’s especially true this cycle since most states have yet to approve new maps for House seats following redistricting. It is unclear which districts will really be competitive, and, in some districts, candidates could be waiting for new boundary lines before launching bids.

Candidates on both sides of the aisle are nevertheless raising large amounts of money, and Democrats, on the whole, are in a strong financial position in both the House and the Senate.