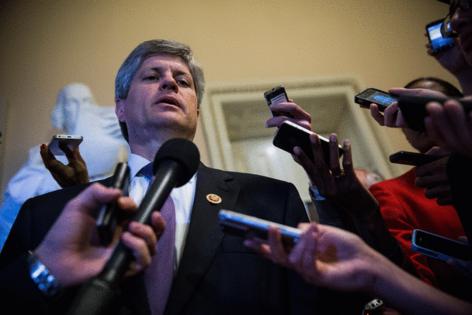 WASHINGTON — Nebraska Republican Rep. Jeff Fortenberry said Tuesday he expects to be charged with lying to the FBI in connection with an investigation into illegal foreign campaign contributions to him and other U.S. political candidates.

Fortenberry, the ranking member on the House Agriculture Appropriations Subcommittee, said around 2 1/2 years ago, FBI agents came to his house and then followed up at a later time.

“I told them what I knew and what I understood,” Fortenberry said in a YouTube video. “They’ve accused me of lying to them and are charging me with this. We are shocked. We are stunned. I feel so personally betrayed. We thought we were trying to help and so now we will have to fight.”

Any member of the House Republican Conference who is indicted for a felony for which a sentence of two or more years could be imposed must resign from any committees they are on “promptly,” according to conference rules.

When members are indicted, the Ethics Committee usually defers any action until the Department of Justice completes its prosecution of a member, as was the case with former Reps. Duncan Hunter, R-Calif., and Chris Collins, R-N.Y.

“Let me say it again: this accusation is entirely false. Jeff did not lie to the FBI. This has all the marks of being a political attack, a bogus charge manufactured to take him out,” states a letter, provided by a spokesperson, from Fortenberry and his wife, Celeste.

Fortenberry also notes in the letter that he sought the counsel of former Rep. Trey Gowdy, R-S.C.

The case stems from a Justice Department investigation into a Lebanese Nigerian billionaire, Gilbert Chagoury, and two associates who conspired to violate federal election laws by engaging in a scheme to funnel illegal campaign contributions to U.S. presidential and congressional candidates. The Omaha World-Herald reported that more than $30,000 in 2016 went to Fortenberry.

“About five and a half years ago, a person from overseas illegally moved money to my campaign — I didn’t know anything about this — and used some other Americans to do so,” Fortenberry said.

The video disclosure comes after his office has sought to downplay the significance of Fortenberry’s criminal exposure. He opened a legal expense fund on Aug. 27 with Timothy D. Von Dohlen as the trustee of the fund.

Axios reported on Oct. 4 that Fortenberry was fundraising off of the federal prosecution he was facing, but the fundraising page has been taken down. His spokesperson has not acknowledged Fortenberry would be charged.

“It’s been previously reported that the FBI investigated an effort by a foreign national to illegally funnel money to U.S. political campaigns, including Rep. Fortenberry’s,” a spokesperson for Fortenberry said in a Oct. 4 statement. “The people involved in that scheme were prosecuted and no charges were filed against him. This legal expense trust was established in part to address costs associated with that investigation.”

Since 2019, Fortenberry’s campaign reported spending more than $94,000 on legal services, mostly to a South Carolina law firm, Nelson Mullins Riley & Scarborough LLP. In June of this year, the campaign paid $25,000 in legal fees to a firm in California — Bienert Katzman Littrell Williams LLP, described on its website as a “trial boutique firm.”

At the close of the video, Fortenberry said the accusation is “extremely painful” and he will “fight these charges.”