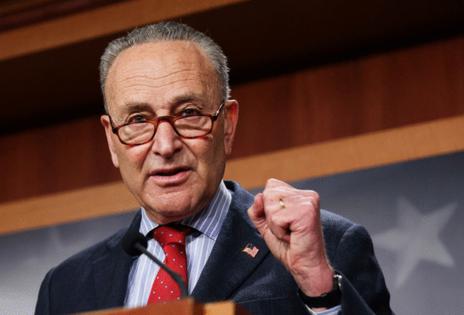 WASHINGTON — The House raised the nation’s debt ceiling on Tuesday, averting a default for about three months but setting up a tougher political hurdle for Democrats at the end of the year.

The bill was packaged with several other measures so there was no stand-alone vote on the unpopular debt limit increase. The larger package passed 219 to 206. The Senate had previously approved the increase, which now goes to President Joe Biden’s desk.

With a default off the table for now, Democrats are hoping to turn their attention to enacting Biden’s “Build Back Better” program, which would reshape the nation’s social programs and improve its aging infrastructure. Leaders hope to finalize the package by the end of the month, but there are significant questions about whether Democrats can overcome their policy differences that quickly.

And lurking beyond Biden’s top policy priority will be the same debt ceiling — which will probably need to be raised again in December or January — and a Dec. 3 deadline to continue government funding to avoid a shutdown.

Allowing the debt limit to be breached would cause the nation’s first default on its debt, with the potential to set off a global recession. A lapse in government funding, which has happened several times in recent years, would shutter national parks and museums, and jeopardize federal programs.

Congress has a record of punting its toughest priorities until the end of the year, with leaders using the threat of forcing members to stay in Washington over the holidays as a pressure point to get things done. But this year’s task list is more grueling, with significant political stakes for Biden’s agenda and the 2022 midterm election to decide control of Congress.

“December in Washington is always a challenge, and this one will be the most challenging in recent memory because the scale and import of the various legislative priorities is greater than any in recent memory,” said Mike Spahn, a partner at Precision Strategies and former longtime senior Democratic Senate staffer.

The debt limit could prove particularly complicated because Republicans are insisting Democrats do it by themselves, though previously it has been done with at least some bipartisan support. There is no clear path forward, and while both parties have used the debt limit as a political cudgel in the past, neither appears prepared to tank the economy over it.

The vote Tuesday to allow for more federal borrowing for about three months — the exact day the new spending would expire is not yet known — amounted to a short-term win for Democrats.

The vote of confidence by the Minnesota Democrat for the “Build Back Better” legislation ...Read More