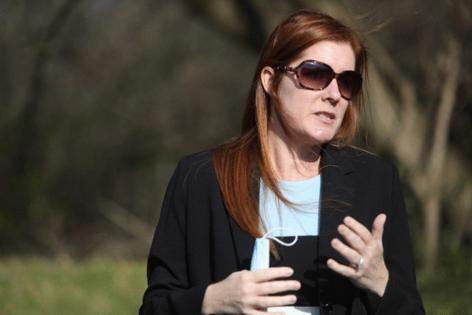 LANSING, Mich. — Republican Party leaders across the battleground state of Michigan have quietly worked in recent weeks to replace incumbent county election officials with newcomers, some of whom have sought to undermine the public's faith in the 2020 vote.

The trend focuses on four-member county canvassing boards, the bipartisan panels in charge of verifying records and importantly, certifying results. It comes in the midst of an internal party struggle over whether to accept Democratic President Joe Biden's win last year.

On Nov. 1, two members of each board — one Republican and one Democrat — will begin new four-year terms.

Out of Michigan's 11 largest counties, Republicans have nominated new individuals for the positions in eight, according to a Detroit News investigation. In at least four of the counties — 36%— the incumbent GOP canvasser wanted to be renominated but wasn't.

Democrats are concerned that the new canvassers, spurred by former President Donald Trump, will refuse to approve future results or use their positions to interfere in the process. Mark Brewer, former chairman of the Michigan Democratic Party and an elections attorney, labeled the unfolding situation in the state "unprecedented."

The movement has left people on the sidelines, such as Michelle Voorheis, who has served on the Genesee County Board of Canvassers for 13 years. Genesee County Republicans didn't renominate her for another four-year term. In an interview, Voorheis, who used to chair the county GOP, said she believes it's because she's made statements on social media defending the outcome of the last election.

"I don’t know going into the 2022 elections. I don’t know how the canvass is going to go because there is a big learning curve," said Voorheis of the upcoming midterm election in which Michigan will choose a governor.

"Nobody ever even cared about this until now,” she added of canvassing boards.

The panels are not where you want "fringe" people serving, said Chris Thomas, Michigan's former longtime elections director, because the members must have an interest in working together and protecting the stability of the electoral process.

It would create a "mess" if 10 to 15 counties refuse to certify the results in the coming years, forcing state officials and potentially the courts to intervene, Thomas said.