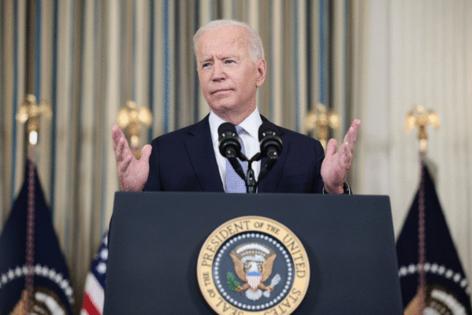 It’s a tumultuous stretch that could define — and possibly derail — his presidency.

Biden, who was already grappling with the chaotic withdrawal from Afghanistan and rising wave of coronavirus infections, is now plunging headfirst into a multitude of thorny challenges on Capitol Hill, testing his administration at a time when his approval rating has already hit new lows in recent polls.

“Every president goes through rocky times,” said Julián Castro, a former Democratic presidential candidate. “And it’s how they handle those rocky times that defines whether they move up in esteem and accomplishment, or they fall victim to whatever political maelstrom they get caught up in.

“That’s the question mark right now, now that he’s hit these rocky times,” added Castro, who also was the secretary for Housing and Urban Development in the Obama administration. “Which direction is it going to go?”

Republicans in Congress plan to vote next month against raising the debt ceiling, which would cause the U.S. to default on its already-appropriated financial obligations, unless Biden can ensure full cohesion among his fellow Democrats.

Meanwhile, parts of the Democrats’ progressive and centrist factions have engaged in a running argument over the two bills that constitute Biden’s agenda — a proposed $1.2 trillion infrastructure bill and $3.5 trillion spending package focused on social programs — that threatens to sink both measures.

And if Biden’s party can’t coalesce around a stopgap measure before federal funding expires on Sept. 30, he will face a government shutdown. It’s a scenario that would be politically embarrassing when Democrats control both chambers of Congress, requiring reduced services from federal agencies and delays in pay for federal workers.

Even the White House acknowledged that Biden faces an ever-growing list of challenges, both in Washington and abroad.

“We’re in the middle of navigating and weathering storms and dealing with crises,” White House press secretary Jen Psaki told reporters Thursday. “That’s what a president should do. That’s what an administration should do. We’re not going to shy away from that.”