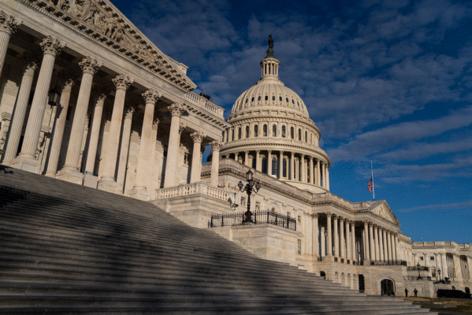 The Dallas suburbs of Rep. Michael C. Burgess’ congressional district gained nearly 200,000 residents over the past decade. For the Texas Republican, that has meant more calls from people seeking his help on everything from unemployment benefits and passport applications to obtaining service medals for veterans.

Burgess, who has been in office since 2003, said constituent requests have steadily increased over the years, even before the coronavirus pandemic kicked things into overdrive.

Burgess and other House members tackle those efforts with funding from their Members’ Representational Allowance, tight budgets used to pay staff and run all operations in both district and Capitol offices. However, Congress has largely let its funds for members’ offices stagnate.

A new report released earlier this month by the nonprofit Congressional Management Foundation found that members of Congress don’t have the resources needed to effectively engage with constituents in a growing country. One district the report sampled received about 48,000 messages from constituents in 2011 — which increased rapidly to 123,000 by 2017.

“Senators and Representatives have staff to help them manage now, but not nearly enough to meaningfully engage, listen to, and understand so many people, let alone integrate what they hear into comprehensive and inclusive public policy proposals,” the report stated.

In 2010, the average House member represented 710,000 people and received about $1.5 million to manage their offices. Results from the 2020 census show the average district now has more than 760,000 people, yet the amount of funds to address their requests remains the same.

Brad Fitch, CEO of the Congressional Management Foundation, said the pandemic forced many congressional offices to embrace new technology to better communicate with their constituents.

“In the last year, we’ve seen an explosion in demand for Congress to assist with everything from helping hospitals getting PPE to getting expatriates, at the beginning of the pandemic who were stuck overseas, back to the United States,” Fitch said.

At the same time, they continue to face long-standing issues in reaching their constituents, and vice versa, Fitch said. Congressional offices frequently operate in a bit of a bubble, having difficulty connecting with constituents across the aisle.

Burgess said he limits the glossy mailers he sends out and has focused on retaining staff who conduct constituent work, including staff with him when he was first elected to Congress and when his district took on new communities after redistricting in 2000 and 2010, adding about 50,000 constituents each time.

His district now has about 940,000 constituents, but for years he has received roughly $1.5 million each fiscal year for all district operations.

Constituency requests spiked during the first few months of the pandemic, Burgess said, and his staff went “all hands on deck.” People called his office wanting to secure unemployment benefits, tap health care services and obtain passports, among other things.

“It did take a lot of work to get everyone where they needed to be and the help they needed,” Burgess said. “It was a little startling, March and April, of last year when the first couple of months hit and there were so many people and so many people who needed help.”

The Members’ Representational Allowance is used to run all operations, including member and staff travel, technology-related expenses, and other overhead for Capitol Hill and district offices.

That budget didn’t increase to meet the explosion of demand during the pandemic as dozens more people called every day. In the offices of Ohio Democratic Rep. Tim Ryan, people called seeking help on everything from Social Security payments to obtaining loans from the Paycheck Protection Program.

“We pride ourselves on getting back to everybody, but when each caseworker has 40 people that are calling in every day, no human being can possibly keep up with that,” Ryan said.

Earlier this year, Ryan, who chairs the House Legislative Branch Appropriations Subcommittee, shepherded through legislation to bump members’ office budgets up by $134 million to almost $775 million — or roughly another $300,000 for the average congressional office.

The funding bill contains the largest-ever appropriation for members’ offices, after hitting a peak in the 2010 fiscal year at $660 million. Since then, appropriations were cut for several years and increases have been by single digits, frequently falling behind inflation as the country has grown. Those allowances vary based on factors like distance from Washington and local business prices — but not population changes over the decade.

The bill, which passed the House in July and awaits Senate action, also includes measures like a new diversity initiative and funds for a centralized translation service lawmakers can use to address the growth of cultures and languages reflected in recent years. Those are similar to recommendations made last year by the House Modernization of Congress Committee.

Ryan said the pandemic has really “pulled the veil back” on problems facing government services after years of disinvestment.

“If you can sit on your back porch to order a book from Amazon and get it in 36 hours, but if you lose your job in the middle of a pandemic you can’t get your unemployment check for two or three months? It reveals the inadequacies of the system and that the system needs to be modernized,” Ryan said.

Fitch said some pandemic-driven changes may stick around, such as widespread use of video meetings, which increased Congress’ accessibility to the public. He pointed out that meeting remotely represents a fraction of the cost of flying to the capital.

Fitch conducts a hundred or more training sessions each year on how to interact with Congress, “and frankly, it’s not a diverse bunch of people that are coming to Washington, D.C., on these flights.”

Despite the deluge accompanying the pandemic, Burgess said there have been bright spots.

A few weeks ago, he presided over a packed orientation session for prospective nominees to the United States military’s service academies, days after Afghanistan fell to the Taliban and U.S. troops withdrew.

“I was really so encouraged because as bad as things had looked to me as a member of Congress, a lot of people were coming up and our leadership for the future was intact,” Burgess said.

While Boeing is eager to put behind it the consequences of the two fatal 737 Max crashes, Democrats on the U.S. House Transportation Committee chaired by Rep. Peter DeFazio are pushing for more individual accountability ...Read More