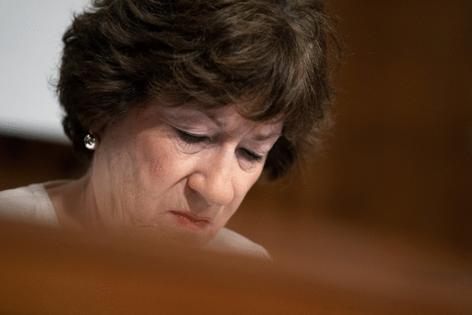 WASHINGTON — As Democrats consider legislation to respond to a new Texas state ban on abortion after about six weeks of pregnancy, they have lost the support of one of the few remaining Republicans who support abortion rights.

Sen. Susan Collins, R-Maine, said Tuesday she opposes the Democrats’ bill, which would prohibit states from enacting restrictions on abortion through fetal viability.

The House is expected to approve the bill Friday. In the Senate, Democratic leaders are considering whether to bring it to a vote.

But in a brief interview, Collins said the bill goes further than that by interfering with existing law that ensures health professionals who object to abortion are not required to participate in it.

“I support codifying Roe. Unfortunately the bill … goes way beyond that. It would severely weaken the conscious exceptions that are in the current law,” Collins said, adding that she found parts of the bill’s language “extreme.”

Collins said the bill would weaken the Religious Freedom Restoration Act, which protects a person’s ability to exercise their religion. She cited the past support for the act by Majority Leader Charles E. Schumer, D-N.Y., and President Joe Biden, when he was in the Senate.

“This ‘carve out’ would be unprecedented, and I do not believe it is necessary to codify Roe,” she said in a follow-up statement.

Collins said she is talking with other senators on a potential bill that “truly would codify Roe.”

The key provision of the Democrats’ bill is a ban on states prohibiting or interfering with abortion through viability. It also attempts to respond to several state laws that abortion rights supporters say limit access to the procedure, such as prohibiting states from requiring physicians to conduct extraneous tests or hold credentials at a nearby hospital before providing an abortion.