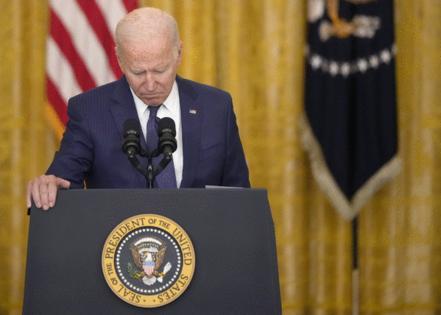 The president, who is in the process of articulating and advancing the Biden Doctrine, should also say: The withdrawal of American troops from Afghanistan admittedly could have been executed more effectively. Yet a lesson for all, as he has essentially said, is to take the concept of nation-building off of our foreign policy pedestal.

Our pedestal goal in Afghanistan, Biden is telling us, was to protect ourselves from terrorist attacks. And by killing Osama bin Laden and destroying al-Qaida we achieved our goal. Although we spent $887 billion to do this, plus an additional $1.4 trillion in indirect costs, it is a miracle that we lost only 120 valiant American soldiers and advisers per year over the course of 20 years.

Since 9/11 we have no longer been fighting European-rooted wars or a geopolitical war with the former Soviet Union. America certainly has democratic ideals, but they cannot be packaged in 20th century terms.

The president has made it clear that we bless and express our deepest gratitude to those who sacrificed their lives for the people of the United States to live in safety and with less fear and anxiety. Yet we must understand that who runs Afghanistan is not a matter of preeminent importance to the United States. We are dedicated to saving every American, and we are pained by cruelty toward Afghans, especially women and children. But we cannot save the Afghan people or their country.

The president will be leading a Summit on Democracy this December and again next year that will address the challenge of promoting democracies over autocratic regimes. This summit, however, should not frame its goals either with the point of view of Woodrow Wilson or George W. Bush. Promoting democracy in the third and fourth decades of the 21st century requires a more discriminating taxonomy of concepts than were needed in 2001 or 1962 or 1917.

The fall of Kabul to the Taliban provides a reality check on balancing the good we have done with the reality of the near impossible quest that was neither achieved nor a wise American goal. Yet it is possible for existing democracies to strengthen themselves and work together to fight the coronavirus, climate change and economic inequality. Eradicating autocratic regimes from the planet, on the other hand, is not very likely and should not be a primary goal for the world's democracies. The autocratic regimes should be contained as democratic nations move forward together.

Idealism and realism in international relations have been the two dominant approaches for 100 years. Our idealist tradition developed as a response to World War I and our realist tradition was fully developed during the Cold War. These are dated binary alternatives. A robust approach of pragmatism is still waiting to be articulated and advanced, one that would have a natural home in the American pragmatist tradition, one that includes figures ranging from John Dewey to Abraham Lincoln.

The Biden Doctrine that is emerging seeks to find a third way that is to be found less in between Wilson and Richard Nixon than over and above them — a point of view that carves out an ambitious new center in foreign affairs. We want to affirm our own democratic ideals and collaborate with other established or budding democracies, but we do not want to police the world or engage in nation-building.

This same robust pragmatism is needed in our domestic politics in order to achieve civility, common ground and bipartisanship. The Biden Doctrine abroad therefore needs to be quilted together with a Biden approach to domestic politics.

Dave Anderson edited "Leveraging: A Political, Economic and Societal Framework" (Springer, 2014), has taught at five universities and ran for the Democratic nomination for a Maryland congressional seat in 2016.