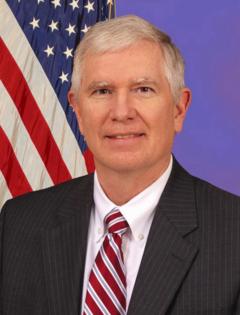 WASHINGTON — At least nine Republican Senate candidates have a political resume with a contentious item: filing or actively supporting one of the failed lawsuits that furthered former President Donald Trump’s false claims that the 2020 election was rife with fraud.

Since many GOP candidates support Trump’s claims, participating in lawsuits could help some stand out in crowded Republican primaries, where they need to win over Trump supporters who still say voter fraud played a role in President Joe Biden’s win.

But some Democrats think focusing on the 2020 election could be a liability for Republicans in next year’s midterms, especially with voters who have rejected Trump’s divisive rhetoric or his unfounded concerns about the validity of the last election.

Some of those Republican candidates have already started to highlight their role in those past lawsuits — even though they fell flat under judicial scrutiny — as the issue of “election integrity” has taken hold of the party with Trump at the helm.

Arizona Senate hopeful Jim Lamon, at a July rally with Trump, touted an unsuccessful lawsuit he and other Trump electors filed to challenge his state’s election results as “something that had to be done.”

Alabama Rep. Mo Brooks, who signed briefs that urged the Supreme Court to take up longshot lawsuits that challenged the election results in four states that were key to Biden’s victory, has remained a vocal backer of Trump’s claims and has the former president’s backing in his bid for Alabama’s open Senate seat.

And a comment from former Nevada Attorney General Adam Laxalt, whom Trump has endorsed for Senate in part because of an unsuccessful lawsuit he championed that challenged that state’s results last fall, suggested that more legal action will come in 2022.

“With me on the top of the ticket, we’re going to be able to get everybody at the table and come up with a full plan, do our best to try to secure this election, get as many observers as we can, and file lawsuits early, if there are lawsuits we can file to try to tighten up the election,” Laxalt told "The Wayne Allyn Root Show" on Aug. 24.

As the Trump campaign’s co-chair in Nevada, Laxalt announced at a news conference two weeks after the election that the campaign was filing a lawsuit that demanded that Trump be declared the winner of Nevada or that the election results be tossed out.