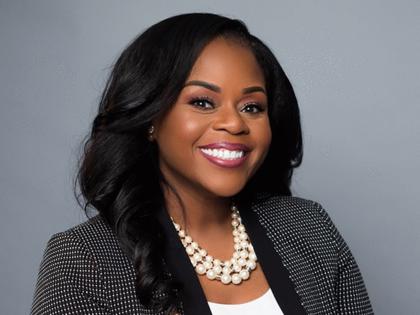 FORT LAUDERDALE, Fla. — Sheila Cherfilus-McCormick, a candidate who has never held elected office, so badly wants a South Florida congressional seat that she’s pumped more than $2.3 million of her own money into the campaign.

The figure is staggering. It’s $1 million more than seven other Democratic candidates combined have raised — and more than any other congressional candidate in the country has put into their own campaign in the first six months of 2021.

And, Cherfilus-McCormick said in a telephone interview, she’s prepared to put in more — up to another $1 million — if needed.

“I’m not trying to buy a seat at all,” Cherfilus-McCormick said. “I have never played the political game of trying to buy people or anything. It’s always been a ground game and a people-centered campaign. But … I knew that other campaigns were going to take money from different donors and lobbyists.”

Trinity Health Care Services received $2.4 million from the federal Paycheck Protection Program, according to publicly available databases, including one maintained by the investigative news organization ProPublica.

Cherfilus-McCormick said there’s absolutely no connection between the money she gave to her campaign and the company she leads receiving the federal aid. “There’s nothing dishonest about me,” she said.

Cherfilus-McCormick is running to represent the Broward-Palm Beach County 20th Congressional District, one of poorest congressional districts in the country, with median household income far below the state and country.

The vacancy was created by the April 6 death of longtime Congressman Alcee Hastings, but Cherfilus-McCormick had challenged him twice before in Democratic primaries and had decided to run again before he died.

The 20th District is so overwhelmingly Democratic that the winner of the party’s Nov. 2 primary is almost guaranteed to win the Jan. 11 special election.